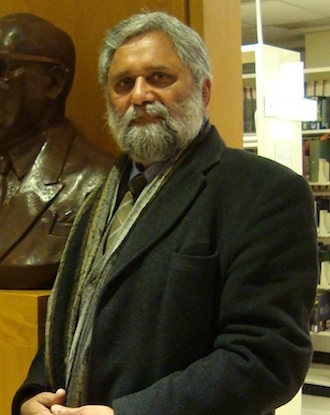 It happened 32 years ago but it feels as if it was yesterday-the heart, body and the mind still feels the tremors of the emotional earthquake it caused. The force of those memory tremors is intensified every year when 6th June approaches. Saka June 1984 is gradually finding a place in the Sikh ardaas. The Sikh practice of ardaas (prayer) is unique in the history of world religions in terms of the centrality of memory in it. At all important occasions- birth, marriage, death, new job, promotion, passing an examination, new house, gurpurab celebrations or even the daily rituals in a gurdwara- the ardaas recounts in a capsule form the history of the Sikh faith. The ardaas narrative starts from the founding of the faith by Guru Nanak, its continuation by his nine successors and the sacrifices made by tenth guru Guru Gobind Singh’s four sahibzade, five panj piare, chali mukte and numerous other martyrs right up to the present time. No wonder, the Sikhs have a long memory. I am sometimes very upset with the Sikh community for some persistent social practices such as casteism, shallow display of material possessions and gender bias against women- all the practices that are against the teachings of their great gurus. However, what I admire most in the community is its tradition, practice and capacity for historical memory. The community, collectively as a whole, never forgets and forgives those who have committed atrocities against them and have dishonoured their gurus. Admirably, it also always remembers with respect those who have been good to them and their gurus such as Nawab of Malerkotla, Peer Budhu Shah or Baba Moti Ram Mehra. The practice of punishing the wrong doers stretches beyond any particular political tradition. As an example, I will just mention two. Udham Singh waited for 21 years to avenge the Jallianwala Bagh massacre of 1919 by assassinating Michael O’Dwyer in 1940. The Naxalite Sikhs punished a Sikh landlord Ajaib Singh Kokri, who was a witness against the revolutionary Bhagat Singh, by assassinating him in 1974 i.e. 43 years after the hanging of Bhagat Singh in 1931.The socialisation of anyone growing up in a Sikh household (irrespective of the political affiliation of the household) from one’s early childhood involves an exercise in historical remembrance to such an extent that most adult Sikhs remember the ardaas by heart. This is true whether one is an illiterate farmer or a university professor. The ardaas, if it is not merely a ritual, contributes to the making of an active historical being that remembers the past, relates that past to the present and imagines the shaping of the future.

Saka June 1984 has come to be remembered as the teeja Ghallughara. I am not sure about the gurdwaras in India but many gurdwaras abroad have incorporated the remembrance of the teeja Ghallughara in the ardaas. In Sikh historical memory, there have been two Ghallugharas before Saka neela tara – the chhota Ghallughara and the wadda Ghallughara. The chhota Ghallughara took place in May 1746 when, according to the estimates made by the celebrated Sikh historian Prof. Ganda Singh, about 10,000 Sikh men and women were killed. The wadda Ghallughara took place in February 1762 when about 30,000 Sikh men, women and children were slaughtered. According to one estimate, which is yet to be confirmed, about half of the total Sikh population then was liquidated during the wadda Ghallughara. These were the darkest times in the history of the Sikhs. These massacres could have demoralised them to extinction but inspired by the memories of their gurus and martyrs, they regrouped themselves and within a few decades of the wadda Ghallughara, they re-emerged literally from their ashes to become the defacto rulers of Punjab and by 1799, one of them (Ranjit Singh) formalised that defacto rule to become the Maharaja of Punjab. The force of memory weighed upon him too and he ruled, therefore, in the name of the gurus. Some features of feudal degeneration which emerged during his rule were the products of his dissociation from remembering the path of the gurus.

During the dark times the Sikh community faced from 1716, when the Sikh warrior Banda Singh Bahadur was martyred, to 1799 when Ranjit Singh came to power, Harmandar Sahib (Darbar Sahib, Amritsar) became the nerve centre for the moral, political, military, spiritual and even economic empowerment of the community. While living the life of guerrilla combatants against the Moghul powers, the leading members of the community would get together twice during the year on Vaisakhi and Diwali for deliberations and decision-making for the future survival of the community. Once in the precincts of the Harmandar Sahib, they would feel themselves protected by the Guru and would have no fears of any earthly powers such as the Moghul rulers they had to confront. The mystique of the Harmandar grew and this mystique has continued and strengthened over the centuries. The Darbar Sahib has literally become the heart of the community.

The death, destruction and sacrilege caused during the neela tara operation pierced the heart of not only Sikhs but also many Punjabi Hindu devotees, Pakistani Punjabis such as Afjal Ehsan Randhaw who identify with the heritage of Punjab and Sindhis all over the world who revere Guru Nanak and the faith initiated by him. The devastation it caused even in the personal lives of so many millions has still not been fully recorded because the political divide over the attitudes towards saka neela tara has overshadowed the human stories. I will tell one of my own. One of my uncles (mamaji) whom I was very fond of and who was a very lively person was so devastated by the pain caused to him by the army action at the Darbar Sahib that he stopped laughing after the Operation. He would not talk too much about it except once in a while in an angry manner. It saddened me deeply to see him suffering silently like that. He lived for about 15 years after the Operation and a few years before his death, I told him once with the intention of cheering him up that that I wanted to give him a present and that he could choose. He took only a few seconds and said that he wanted me to buy a “kesari dastar” for him. The world of renunciation and sacrifice, even if it was symbolic, was all that was left for him. For me, the memories of my mamaji’s pain and that of saka neela tara are inextricably linked.

A whole new generation has grown up after the Operation and many from this new generation have become parents. They hear and read about the Operation and are trying to understand the meaning of it to reconnect to the past history of their parents, grandparents and beyond. Many of them are devising new tools and mediums to relate to that history. Last year, I examined an excellent PhD thesis by Shruti Devgun of Rutgers University, USA on ‘Re-Presenting Pasts: Sikh Diasporic and Digital Memories of 1984’. Her thesis focusses on the work of an intergenerational cohort of Sikhs in the diaspora (in USA and Canada) who are trying to piece together the fragments of painful pasts ‘to give cultural meaning and shape to broken traumatic experiences’. Through their work, they are puncturing, and perhaps demolishing, the State-directed narratives of saka neela tara. This painful ‘memory work’ is creating new spaces for them to understand and connect with the pain of the victims of many other genocides e.g. the Jews, Armenians and the Rwandan Tutsis.

The wounds may never heal but by connecting your pain to the pain of others, the meaning and experiencing of pain is transformed.

(The writer is a Professor of Economics at Oxford Brookes University, and has published a book Economy, Culture and Human Rights: Turbulence in Punjab, India and Beyond).