Remembering Justice Ajit Singh Bains, Steadfast in His Integrity, Friend to the Downtrodden

Justice Ajit Singh Bains, a former judge of the Punjab and Haryana high court who became, in retirement, the most prominent face of the human rights movement in Punjab, passed away on February 11 in Chandigarh. He was nearly 100 years old.

Justice Bains came from a family which had a long tradition of participating in anti-imperialist activities. His father G.S. Bains was active in the Communist Party of India (Marxist) and was associated with the editing of the party paper.

Rajvinder Singh Bains, son of Justice Bains, has said that his grandfather’s last rites were carried out by the party and that he was wrapped in the party flag for his last journey. This progressive family background must have contributed to the shaping of the judicial vision of Justice Bains. One of his younger brothers, Hardial Bains, went on to become the leader of the Communist Party of Canada (Marxist-Leninist). 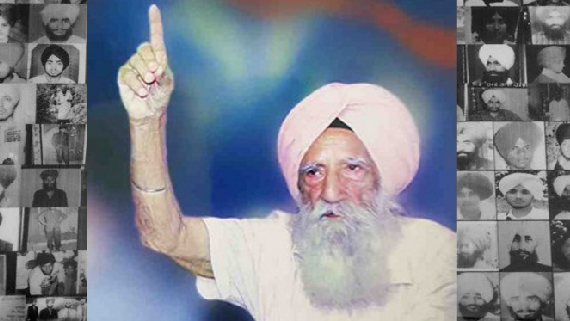 During Justice Bains’ 10-year tenure on the bench from 1974 to 1984, he became known as a different kind of high court judge.

Most judges are defenders of the establishment, as evidenced by their social life and worldview. Justice Bains was just the opposite. As a high court judge, he belonged to Chandigarh’s elite, but in his views, he supported the downtrodden in society. He delivered many judgments during his tenure defending the interests and rights of working people, the disadvantaged, and women. He ruled against many employers and establishment figures.

He was particularly known for defending the rights of employees against employers. Trade unions and employees’ organisations used to hope that their case at the high court would come to his bench. Some employers supportive of fairer work practices also sought his advice. Yoginder Alagh, a former Union minister, informs me that when he was vice-chancellor of Jawaharlal Nehru University, Justice Bains helped him in investigating some legal-administrative issues.

His retirement in 1984 coincided with the darkest period in Punjab’s recent history when a very large number of individuals and families faced harassment, arrest, torture and even ‘accidental’ killings by security forces of all kinds. even for minor displays of dissidence.

Justice Bains understood that given his professional and social status, he was, more than anyone else, in a position to confront the state’s oppressive power structures. He founded the Punjab Human Rights Organisation in 1985 to conduct investigations into gross human rights violations and collect evidence of those violations. He took active interest in supporting human rights causes in other parts of India too.

At the invitation of some students of JNU, he was a key speaker at a meeting organised by Tamil students to protest the genocide of Tamils in Sri Lanka. His retirement turned out to be even more demanding than his working life. 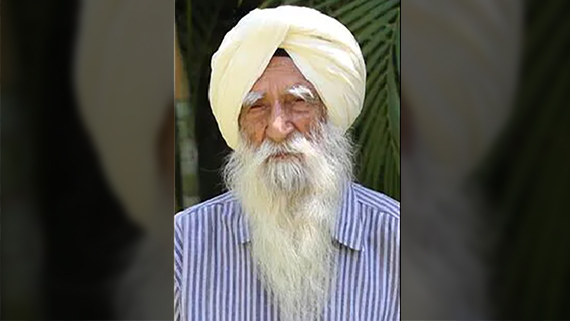 In 1985, he was made head of an official committee appointed by chief minister Surjit Singh Barnala to look into the cases that had been filed by the police against thousands of youths in Punjab. As Mallika Kaur has chronicled, ‘The Bains Committee convened in October 1985. Justice Bains told me, “There was no steno, no office, no staff, no timeline. So, I did it all here (at home).” On personal cost, the committee travelled to jails across Punjab, meeting the imprisoned. In just two-and-a-half months, the committee finalised its report, recommending the release of 6,000 languishing detainees against whom it found no credible evidence, not even from police officials they interviewed.’

When Beant Singh of the Congress was made chief minister after a discredited Punjab assembly election in 1992 with less than 20% of voters participating, and the control of the Punjab police was given to the arrogant K.P.S. Gill, the most difficult period of Justice Bains’s life started. Gill had the audacity to have Justice Bains arrested once in 1992, even having him handcuffed and taken to a police station.

K.P.S. Gill and Justice Ajit Singh Bains represented two contrasting facets of Punjabi and Sikh society – Gill the oppressor and Bains the defiant human rights defender. Gill’s actions were aimed at humiliating Bains and terrorising participants in the human rights movement, but Bains’s response was to display the power of dignity and truth.

Gill did not know that Bains was made of different stuff. Handcuffing Bains attracted worldwide condemnation by the judicial and human rights community. Bains’s stature grew to new heights. He became even more devoted to his mission, realising that if a retired high court judge could be treated so roughly, an ordinary farmer or worker would face far worse in Gill’s police raj.

Society’s response to the deaths of these two men indicated a condemnation of Gill and a celebration of Bains’s devotion to human rights.

When Gill died in 2017, no Sikh preacher was willing to perform his last rites – Amarinder Singh, then the Congress chief minister of Punjab and now a Bharatiya Janata Party ally, had to seek the services of a hired granthi (reader of the Sikh scripture Guru Granth Sahib) from the Indian military to perform Gill’s last rites in an isolated and highly protected location within Kapurthala House in Delhi.

When the news of the death of Bains became known, it led to a spontaneous outpouring of grief and tributes all over the world from Punjabis and human rights champions.

I met Justice Bains only once. He was very pleased when I told him how greatly his work had influenced my research on the Indian constitution. His insight in his paper ‘Punjab Situation’, namely that the Sikh representatives in the Constituent Assembly – Sardar Hukam Singh and Bhupinder Singh Mann – had not approved and signed the constitution because the draft agreed by the majority provided no autonomy for the states, helped me to understand the bias towards centralisation inherent in the constitution.

Later, during every visit to Chandigarh, I always thought I should seek an opportunity to spend time with him. I regret now that I did not manage to do this.

Justice Bains personified the culturally and politically rich tradition associated with Ghadari Babas of seeking inspiration from the Sikh guru’s egalitarian teachings, and combined that inspiration with a modern socialist vision that poses an alternative to capitalism. A full appreciation of Justice Bains’s contribution lies in understanding that the future of shaping a new progressive Punjab is dependent upon empowering that tradition.

His 1988 book Siege of the Sikhs, which became a bestseller, and the pamphlet State Terrorism and Human Rights, published in 1992 (and written during his imprisonment in the Burail Jail in Chandigarh), are important sources reflecting that progressive vision.

Men as pure as Justice Bains are born once in many decades.

Due to his impeccable integrity and competence, his voice was heard at the highest level in the UN and other world forums with great respect and attention. His spirit will remain alive through his magnificent work for justice and human rights.