Amritsar: Pro freedom Sikh group Dal Khalsa has once again reiterated that the removal of SGPC appointed Jatehdars was essential for peace within the Sikhs. A statement issued by the Dal Khalsa while addressing the media here  today reads as follows:

Satnam Singh Paonta Sahib and Kanwar Pal Singh  while interacting with the media persons said “after remaining non-functional for five years due to legal hiccups, the SGPC has recently got its new head and executive to run its affairs.   They regretted that the SGPC is considered as a Parliament of the Sikhs but it hardly functioned as such. 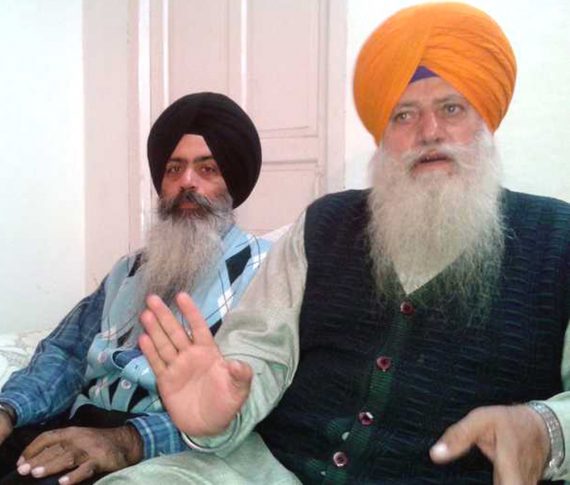 They said the present chief Prof Kirpal Singh Baduangar needs to focus on weaknesses and shortcomings that has plagued the institution. Referring to his U-turn on enactment of All India Sikh Gurdwara Act, they said it was on expected lines. We were wondering how and why “Prof Sahib is making noises in favour of the Act knowing well that his mentor Badals have rejected the proposal long back despite the SGPC’s thrust in its favour for years”.

They urged the new incumbent to move beyond lip service and take some practical and actionable steps to address contentious issues. They said numerous resolutions have been sent to successive governments for implementation in the last 4 decades but ironically majority among them remained unaddressed due to lack of consistent efforts and in the absence of seriousness.

They felt that Badalization of SGPC has led to denigration of the institution. “The father and son, who are devoid of ideology are controlling the institution of historical importance”, they rued.

They came down heavily on the SGPC for deliberately ignoring the demand for the removal of Gaini Gurbachan Singh as Akal Takhat Jathedar and said his removal along with others was “essential” for peace within the community.

The Panth at large has rejected the “disgraced” Jathedars as they have lost their credibility and trust within the community after they took “faulty” decision to pardon Sirsa sect head Gurmeet Ram Rahim, they said.

Analyzing the performance of the SGPC, they said increased politicization of the institution, delayed elections, members considering SGPC platform as a springboard to enter the Assembly or Parliament were assessed to be certain reasons for the downfall of the institution.