Chandigarh: Makers of an upcoming Punjabi movie “Sant Te Sipahi” have maintained that India’s Central Board of Film Certification (CBFC) has asked them to removes ‘original video clips’ of Sant Jarnail Singh Bhindranwale.

According to filmmakers Jasbir Sangha and Sukhwant Dhadda the CBFC has asked them to remove certain clips which show original recording of Sant Jarnail Singh Bhindranwale. Film-makers have announced to avail ‘legal options’ against CBFC’s “arbitrary attitude” directing cuts in their film.

What this film is about?:

Cast of the film, as shown on films website

Movie is titled as “Sant Te Sipahi” (The Saint-Soldier). Movies posters shared on Facebook Page of the movie and the official website of movie carries Photograph of Sant Jarnail Singh Bhindranwale.

However from introduction to the movie, as given on official website of the film, it seems that this film is not about Sant Jarnail Singh. It reads as follows:

June 6th 1984 was the darkest day in the history of Punjab. Darbar Sahib, the holy Sikh shrine was invaded by Indian Army. Sant Jarnail Singh Bhindrawala Ji laid his life protecting the sanctity of Darbar Sahib.

The attack on Golden temple by the army had a major impact on Sikh psyche and lead to a darkest time in Punjab.

About twenty five thousand people were killed during this time. Our story starts in Feb 1984.

Sukhdeep Kaur’s son, Aman was suffering from an incurable disease and doctors had given him only a few days to live. She took her ailing son Aman to Sant Jarnail Singh Ji Bhindrawala.

Twenty five years later Aman grew up to be a handsome young man, fell in love with a girl named Lori, who was teacher in a school where Aman’s father was a headmaster.

Aman got married and went to USA for a better future, but destiny had something else for him. The local minister, Partap Singh’s son Bobby, the famous “Goonda” of the town kidnapped and killed Lori.

With the help of policemen, a local lawyer and a doctor, they managed to blame Aman’s father for Lori’s death.

Later Aman’s father was also beaten to death by policemen outside the local court. 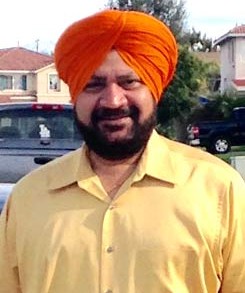 Producer: As per information on movie’s website, the film is produced by businessman Jasbir Sangha. The website introduces the producer as: “Jasbir S. Sangha is from the state of Punjab in India. He was born in the village, Jandu Singha, near Jalandhar city. He has been living in Southern California for 35 years. From the beginning he had a business perspective, he is a fast food franchisee in the LA area. Along with being business minded, he had a dream to be a part of the media to pursue his artistic visions. Jasir S. Sangha formed White Cloud Movies Inc. in Southern California”. 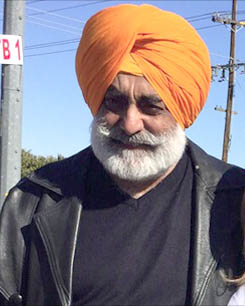 Director: This film is directed by Sukhwant Daddha. The website of Sant Te Sipahi movie introduces the producer as: “Director Producer Sukhwant Dhadda has been in the movie making business for 35 years. Produced and Directed Ten feature films both in Hindi and Punjabi . His Debut film “Ek Chaddar maili Si” is considered a classic. Now Based in US he has formed a Production company “White Cloud Movies” with Jasbir S Sangha. The movie “Sant Te Sipahi” Directed by him is being produced under banner “White Cloud Movies”.”

Proposed release date: No release date is announced for the movie. The website of the movie says the film is set for release in June 2015.