Ludhiana: Ludhiana police has booked suspended Congress party secretary Parminder Mehta and his relative Trikshan Mehta under section 295A/ 120B of Indian Penal Code. Duo are booked for ‘blasphemy’ and ‘criminal conspiracy’ on the complaint of Manpreet Singh Banti.

Parminder Mehta had torn images of Sant Jarnail Singh Khalsa Bhindranwale from hoardings of Damdami Taksal regarding a Shaheedi Samagam to be held in the memory of martyrs of “Ghallughara June 1984”. 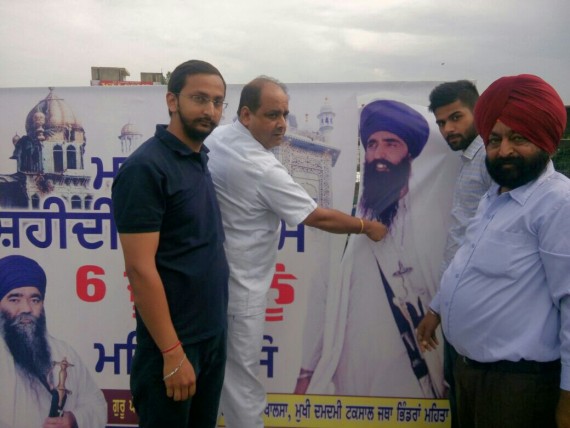 An FIR no. 57, dated 04/06/2015 is registered against Parminder Mehta and Trikshan Mehta at Kotwali Police station in Ludhiana.

Meanwhile, Punjab Pradesh Congress Committee president Partap Bajwa put Parminder Mehta under suspension and clarified that Congress party does not support his statement, issued on June 02, in which he had declared that the Punjab Congress won’t tolerate Sant Jarnail Singh Bhindranwale or Ghallugara Shaheedi Samagam posters in Punjab.

Copy of Statement issued by Parminder Mehta on June 02: 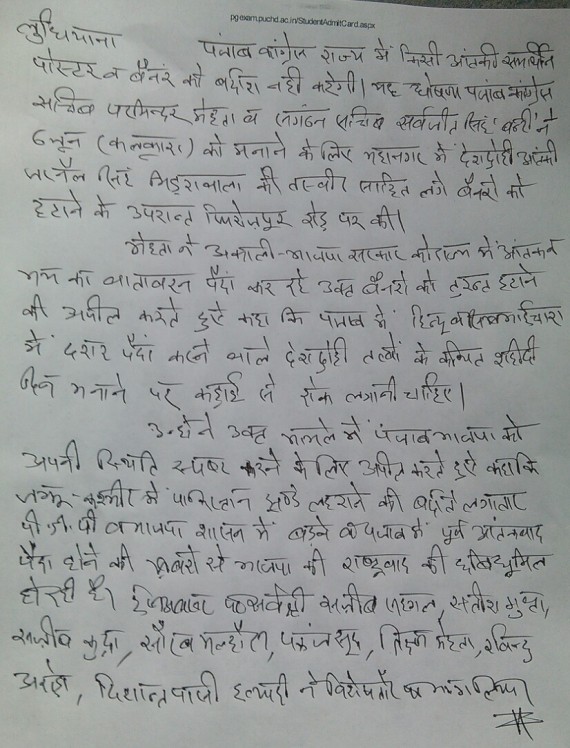