Chandigarh:  The state chief minister Amarinder Singh following the hue and cry made by state BJP leaders here on Sunday regarding the pro-independence hoardings  has asked the Director General of Police to examine the issue pertaing to the independence Punjab and ‘referendum 2020’. 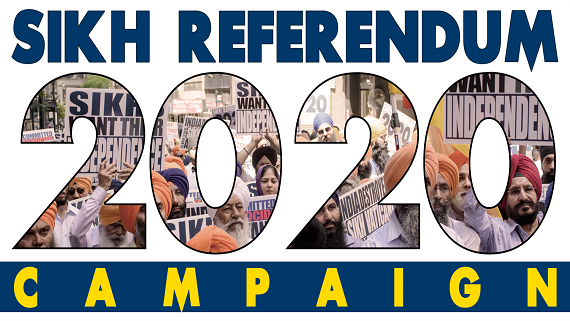 It was reported by the media that the hoardings have come up in different locations all over Punjab with pro-independence slogans and referendum of Punjab in 2020. The issued became a controversy when the pro-hindutva organisation BJP here on Sunday plead in front of the state government to get these removed and in retaliation the Canada based Sikh’s For Justice organisation warned the BJP of legal consequences if the posters are touched by them.

”The CM has assured that nobody will be allowed to disturb the peace in Punjab the police is looking into this matter” CM’s ,media advisor Raveen Thukral reportedly said.

Distancing itself from the warning issued to the BJP, Karnail Singh Peer muhammad purportedly said that ” We are not threatening anybody, We are just saying that why BJP is troubled ? Since Amarinder Singh has not left much issues for the BJP to do politics with they trying to cordon the government onto this. Is the BJP not talking about Indian being a Hindu rastra since 2013 ? when we speak over Punjab being an independent entity than were is the problem ?

Moreover, he stated that SFJ was an organisation set up after the November 1984 Sikh genocide and did yeoman’s service in trying to get justice for the Sikhs.