Srinagar:  What could be termed as a new headache for the Indian Security establishment the number of local Kashmiri youths aspiring to join militant ranks in north and central Kashmir has gone up, where previously the number of home-grown militants was low. 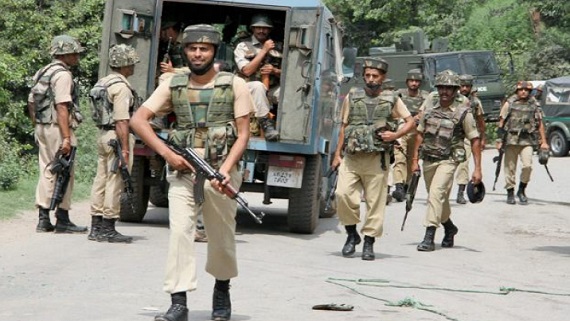 Photo For Representation Only.

While the Kashmir valley has witnessed a resurgence in militancy in the past couple of months and the Indian security agencies were more focused on South Kashmir, but the major fountainhead of this sudden rise in the recruitment of local youth is associated with the killing of Hizbul Mujahideen commander  Burhan Wani   Police records show that more than 80 local youths have joined militant outfits in the four districts of south Kashmir —Kulgam, Shopian, Anantnag and Pulwama.

On the contrary, the rise in militant activity is been witnessed  in some parts of south Kashmir where there wasn’t any militant presence for about a decade now. The fact that has made the  security agencies more apprehensive is that the similar trend is on the rise in both north and central Kashmir.

With referring to the police sources the media reports said that “Until now, north Kashmir mainly had the presence of foreign militants. There were local militants but their number was very low,” said a senior police officer dealing with counterinsurgency operations in the Valley. “Our entire focus was on the south and we somehow ignored north Kashmir.”