New Delhi: Civil rights activists Teesta Setalvad and Javed Anand are at risk of being arrested and placed in police custody on allegations of conspiracy and illegal acceptance of foreign donations. Amnesty International India believes they are being targeted for their work in seeking justice for the victims of the 2002 violence in Gujarat.

Teesta Setalvad and her husband Javed Anand have been working for several years to secure justice for the victims and survivors of the 2002 violence in the state of Gujarat, through the organizations Citizens for Justice and Peace (CJP) and Sabrang Communications and Publishing Private Limited (SCPPL). The month-long outbreak of violence in 2002 led to the killing, according to official estimates, of at least 1044 people, mostly Muslims, and the rape of a significant number of women and girls. 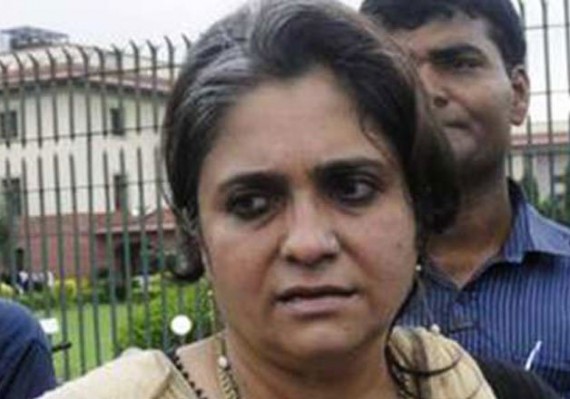 Their work has been instrumental in bringing about over a hundred convictions in cases related to the 2002 killings. The CJP has also sought the prosecution of several other Gujarat and central government officials and politicians for their alleged complicity in the violence.

On 8 July, the Central Bureau of Investigation, a central investigating agency, registered a case against Teesta Setalvad and Javed Anand. The CBI alleged that SCPPL, by receiving about 18 million INR from the Ford Foundation without the prior approval of the Union Ministry of Home Affairs, had violated India’s Foreign Contribution (Regulation) Act (FCRA), which restricts civil society organizations from receiving foreign funding. The CBI said the transfer of the money to the publishing house reflected “interference towards the internal security and activities of India”.

“Amnesty International India believes the investigations against the activists to be politically motivated, and made with the intention of persecuting them for their human rights work”, states the press release.

“Teesta Setalvad has pointed out that her publishing house had a consultancy contract with the Ford Foundation, which excluded it from the restrictions of the FCRA. Teesta Setalvad and Javed Anand have rebutted the allegations against them in detail in affidavits produced in court. The financial accounts of NGOs run by them have been audited and submitted to the appropriate Indian authorities”, reads release by Amnesty India.