Rising graph of crime against women: Strong leadership with iron hand could rein in hooliganism

Jalandhar: Strongly condemning the harassment of 15 year old girl and beating up of his father Gurmeet Singh, who challenged the eve-teaser for their indecent act against his daughter, the Sikh Youth of Punjab (SYP) said the lawlessness in general and disrespect to women in general was badly tarnishing the image of Punjab. 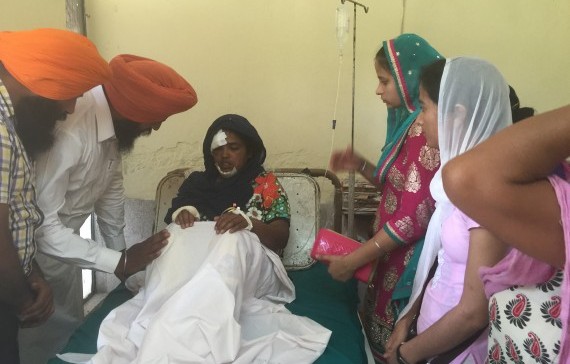 Advocating that a strong leadership with iron hand could rein in the hooliganism, SYP head Paramjit Singh and general secretary Gurmeet Singh said the hooliganism has reached to the extent that the father of a girl was severely thrashed despite that he was head constable with GRP. “Ironically, witnesses have revealed that when he was beaten up by a dozen youth a PCR van was standing nearby but to no avail”.

They said the incident reminded the incident of Amritsar in which the father, who was also in police service lost his life while protecting the honour of his daughter from youth Akali leader.

The leaders of SYP- a youth wing of Dal Khalsa, also expressed their deep shock over the incident in which Moga girl Arshdeep Kaur died after being thrown out of moving bus by her molesters. They said the incident has shaken every conscious Punjabi. While condemning the rising graph of crimes, he said that easy availability of the liquor and other drugs under the patronage of the government was playing a very crucial role in the increase of these crimes.