Kurukshetra: BJP’s Minister for water resources and river development at Centre, Uma Bharti, on August 21 refused to intervene in Punjab river water issue on behalf of state of Haryana.

Uma Bharti, who was at Kurukshetra to chair a seminar on water resource management organised by the Central Ground Water Board, said that water was a sensitive issue and it should be resolved only through dialogue. 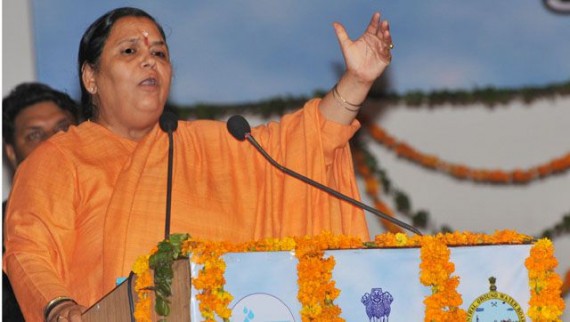 She said that Punjab and Haryana should sit together and find an amicable solution to it without a third party intervention.

It is notable that Haryana’s irrigation minister Om Prakash Dhankar had urged the Central minister to assist Haryana in getting its alleged share of river waters of Punjab.

However, Bharti chose to ignore the demand but commented that associating the word ‘dispute’ with water was unjustified and ‘two states may only have issues on water which should be addressed only on the table’.

It may be recalled here that Punjab’s river water resources are allocated to non-riparian states of Rajasthan, Haryana and Delhi, whereas the state of Punjab is facing severe water crisis. Punjab has been long contending that the states of Rajashtan, Haryana and Delhi had no right over Punjab’s river water but the Indian state, including judiciary and successive government, never paid any heed to Punjab’s concerns.