Amritsar: The ruling regime of the Shiromani Gurdwara Prabhandak Committee (SGPC) has started process of identifying SGPC employees who took part in Sarbat Khalsa 2015 that was held at village Chabba on November 10.

As per media reports the SGPC is also scrutinising CCTV footage of Bandi Chhor Divas (November 11) in order to identify employees who allegedly failed to take action against Bhai Dhian Singh Mand and his companions on Bandi Chhor Divas, when Bhai Mand had delivered a speech from Akal Takhat Sahib. 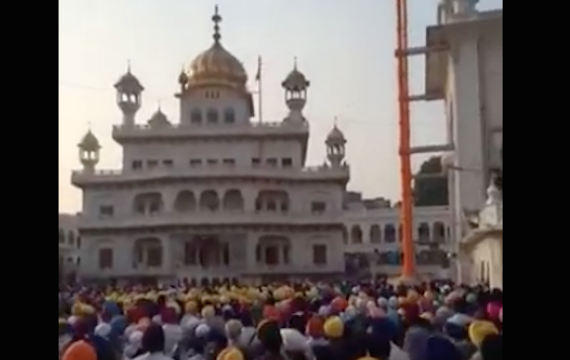 SGPC chief Avtar Singh Makkar said that a three-member committee led by executive committee member Rajinder Singh Mehta had been formed to look into the “unpleasant” happenings at the Darbar Sahib on Bandi Chhor Divas as well as monitoring the role of a section of identified SGPC employees who participated in the congregation.

In the backdrop of this move, reports had surfaced that several persons brandishing swords in the Darbar Sahib complex on the day of Bandi Chhor Divas were allegedly hired by the SGPC and ruling Shiromani Akali Dal (Badal).

An SGPC executive member Karnail Singh Panjoli had questioned the executive committee to come out clean over the issue.