Chandigarh/ Faridkot: Rupinder Singh Panjgarian, who has been framed by the police in a case related to beadbi of Guru Granth Sahib at Bargari village along with his brother Jaswinder Singh, has been transferred to PGIMER, Chandigarh. It is notable that Rupinder Singh had sustained back-injury during police actions against peacefully demonstrating Sikhs at Kotkapura. 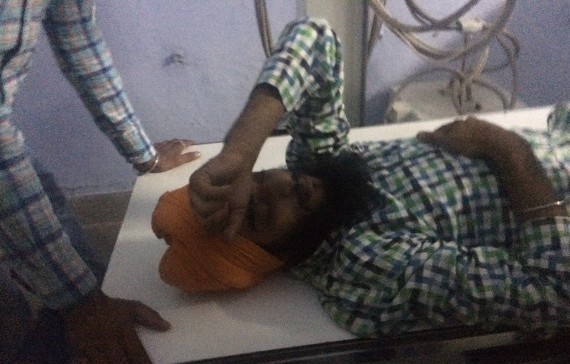 Rupinder Singh was sent to jail yesterday after expiry of 6 days of police remand. The jail authorities brought him to Civil hospital Faridkot from where he was transferred to Guru Gobind Singh Medical College and Hospital in Faridkot. After conducting preliminary tests he was referred to PGIMER, Chandigarh. Sources said that Rupinder Singh was sent to PGIMER late last evening. As per information Rupinder Singh has lost sensation in his left leg due to back injury.