Russia and the China-India Clash: Excerpts from Writeup of Girish Shahane

An opinion write-up by Girish Shahane appeared in live-mint under title “Russia and the India-China clash”. Sikh Siyasat News (SSN) has taken out excerpts from this write-up that are being shared below for SSN readers. Readers, who are willing to read the full article my visit the source link given at the end of following excerpts – Editor.

China & India Ignored US and Turned to Russia:

US President Donald Trump wants desperately to insert himself into the India-China dispute but the two countries have sensibly ignored him and turned to Russian President Vladimir Putin as a neutral intermediary. Russia’s friendship with India is long-standing and its ties with China have been severely strained in the past. However, the two relationships have been moving in opposite directions. While India has shifted towards the American orbit, China and Russia have come steadily closer. 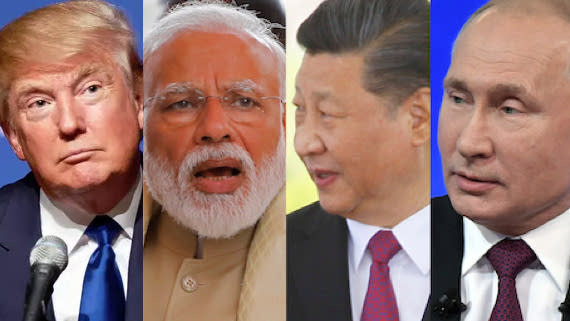 On Changed Dynamics of China-Russia Relationship After 1991:

China and Russia grew amicable after the breakup of the Soviet Union, settling border disputes that were once as tense as the current situation in Ladakh. But the dynamic between the two has altered dramatically, for Russia is now decisively the junior partner after decades of being dominant. Despite Putin’s best efforts, his country remains over-dependent on oil, gas and its other natural riches and needs a China hungry for these products to keep prices at levels that balance its books.

Speaking of Raj Kapoor, the emotional bond that existed back when Russians loved Hindi movies and Indians grew up reading Soviet Land magazine has weakened considerably. There remains a wellspring of goodwill between the countries but the relationship has turned transactional, with India tied somewhat reluctantly to its legacy of Soviet weaponry.

The Union government’s first announced purchase in the aftermath of the border skirmish on 15 June was for an additional 21 MiG 29 fighters and 12 Sukhoi Su-30 MKI aircraft. Russia will sell those to us happily but it equips the Chinese with the same aircraft.

Russia will not provide us an edge over China in a prospective war, nor will it take our side.

On Changing Dynamics of World Order:

Russia and China have both endured an increasingly toxic relationship with the US and it may be that the problems run deeper than the disruption caused by the current occupant of the White House. A number of commentators expect a polarized world order to emerge in the next decade, with China and the US as its hubs.

India Does not Have Much Options to Stay Multi Aligned:

If that happens, India might be forced to pick a side for the first time in its independent history, and it is clearer than ever, given the events of the past month, which side that will be.

About Author: Girish Shahane writes on politics, history and art.