United Nations (July 08): Russia has vetoed a United Nations (UN) resolution that would have condemned the 1995 massacre at Srebrenica during the Bosnian war as a “crime of genocide”.

Russian Ambassador Vitaly Churkin on Wednesday called the UK-drafted text “not constructive, confrontational and politically-motivated,” arguing that it unfairly singled out Bosnian Serbs for war crimes.

“The draft that we have in front of us will not help peace in the Balkans but rather doom this region to tension,” Churkin told the council meeting that began with a minute of silence to remember the victims.

The Security Council put the resolution to a vote on Wednesday, despite appeals from Russia and China not to because of divisions in the UN’s most powerful body.

The vote condemning the mass killing 20 years ago as an act of genocide was 10-1, with four abstentions – Angola, China, Nigeria and Venezuela. 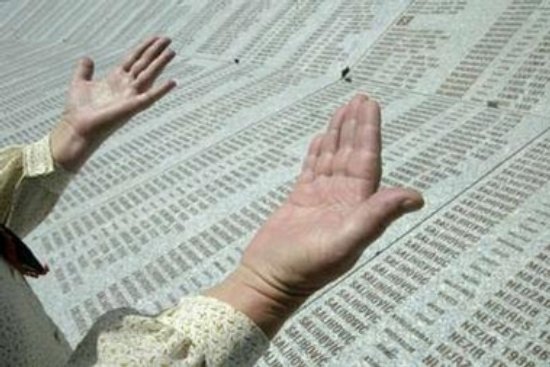 The UK had put forward the draft text, hoping the Security Council would formally recognise Europe’s worst atrocity since World War II as an act of genocide for the first time, and condemning genocide denial.

British Deputy Ambassador Peter Wilson accused Russia of siding “with those who are unwilling to accept the facts today”.

“Genocide occurred at Srebrenica. This is a legal fact, not a political judgment. On this there is no compromise,” he said.

Russia, Britain and the US had been locked in intense negotiations over the past 24 hours to try to avoid a veto and agree on a text.

But Moscow refused to drop its insistence that references to the Srebrenica killings as an act of genocide be scrapped, diplomats said.

In Sarajevo, Munira Subasic, the head of the Mothers of Srebrenica, told the AFP news agency that Russia’s veto “would make trust and reconciliation impossible”.

“We are not surprised by such a decision… Russia is actually supporting criminals, those who killed our children,” Subasic said.

“By deciding (to veto) Russia has left the door open for a new war,” she added.

Bosnian Serb leaders had called on Russia to use its veto power to block the resolution, arguing that it was “anti-Serb” because it highlighted the killings in the town in the final months of the war.

Bosnian Serb forces commanded by General Ratko Mladic overran the UN safe haven of Srebrenica on July 11, 1995 in what was to become one of the darkest chapters of the 1992-95 Bosnian war.

Two international courts have called the slaughter by Bosnian Serbs of about 8,000 people, mainly Muslim men and boys, who had sought refuge at what was supposed to be a UN-protected site, genocide.

But Russia, Serbia and the Bosnian Serbs denounced the resolution as divisive.