Sacramento: Since his first run for Congress in 2010, Ami Bera has been backed by many members of the Sacramento region’s large Sikh community, including doctors, lawyers, business people and educators who have voted for him and attended his fundraisers.

Now some Sikh leaders say they’re disenchanted with Bera, who is not Sikh, but whose parents came from the Indian state of Gujurat, because he has declined to formally condemn the Indian government for its role in the massacre of about 3,000 Sikhs by mobs and government officials in New Delhi and other cities in 1984. The killings came in retaliation for the Oct. 31, 1984, assassination of Prime Minister Indira Gandhi by two Sikh bodyguards.

Bera, who won his congressional seat in 2012, has called the killings of Sikh men, women and children a tragedy, but he has not joined five other California members of Congress and about a dozen state and local officials who have formally acknowledged the Indian government’s role in the killings, said attorney Amar Shergill, a Sikh activist from Elk Grove. 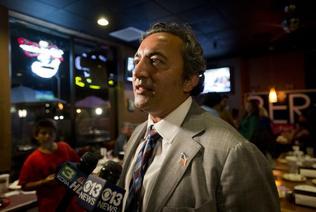 Bera told The Sacramento Bee he is more focused on addressing the issues faced by Sikhs here, and does not think he should be telling the Indian government what to do.

On the eve of the 30th anniversary on Nov. 1 of what Sikhs and Hindus both call “the genocide,” prominent Sikh leaders – some of whom fled the mobs or had relatives killed – say they’re not supporting Bera, a Democrat, in his upcoming race for re-election against former Republican Rep. Doug Ose.

Not all Sikhs have defected from Bera, and some of those who have done so acknowledge they are unlikely to affect the outcome of the race in a district with 361,441 voters. But the shift reflects the emotional significance of the 1984 killings to the Sikh immigrant community here.

“I have formally withdrawn my support for Dr. Bera,” said Shergill, a registered Democrat. Shergill said he once organized a fundraiser for Bera, and contributed $1,400 to his campaigns between 2010 and 2012. But he also gave money to Bera’s Republican opponent, Dan Lungren – a total of $700 in 2011 and 2012.

Shergill belongs to the American Sikh Committee to Evaluate Congressional Candidates, a bipartisan national organization of 18 Sikh leaders – including educators, executives, directors of nonprofits and a U.S. Army major – that this year polled congressional candidates throughout California and other areas with large Sikh populations on a variety of issues of interest to Sikhs.

Bera declined to answer question 6: “Do you agree thousands of Sikhs were murdered in India in November 1984 with the assistance or lack of intervention by political parties, law enforcement, military or members of the government?”

Bera also did not answer question 7: “Would you as a member of Congress seek to remember and acknowledge the pogroms against Sikhs in November 1984, pursue justice for the victims, and work to ensure it does not happen again?”

Ose answered yes to both questions, as did other members of Congress and legislators from the Sacramento area.

“I am shocked and disappointed that (Bera) is the only congressional representative in the Sacramento area not to say that the Indian government was responsible for the November 1984 slaughter of thousands of Sikhs,” Shergill said. “To American Sikhs, this is the equivalent of denying that the South African government was responsible for apartheid.”

Shergill says he knows of about 400 Sikhs, especially young people, “who are fired up on this issue.”

In an interview, Bera noted that former Indian Prime Minister Manmohan Singh apologized publicly to the Sikh community in 2005 for the government’s role in the massacre. Over the years, a handful of politicians and government officials have been convicted in the killings following a series of government investigations and drawn-out legal proceedings.

When it comes to the Sikh community, Bera said, he has focused mainly on addressing the challenges its members face in the United States, including what he characterized as a high incidence of bullying, rather than on historical events in India.

After 9/11, “the Sikh community has faced some prejudice and violent attacks, including the two Sikh gentlemen who were murdered in my home town of Elk Grove,” Bera said. He added that he has fought to allow Sikhs to serve in the military and in law enforcement without cutting their beards and hair, which they consider sacred, and urged the FBI to create a special hate-crimes category for Sikhs.

Bera said he is also working to build relationships with the Indian government, businesses and educational institutions. Last summer, he said, he met with CEOs of large Indian firms to promote investment in the Sacramento region. “My job is to promote our region as a global brand, represent Sacramento County in Congress and not necessarily dictate to other countries how to run their own countries,” Bera said.

While the majority of the region’s estimated 30,000 Sikh Americans live outside of Bera’s district, many reside in Elk Grove, Folsom and Rancho Cordova, said Darshan Singh Mundy, spokesman for the West Sacramento Sikh Temple and a veteran civil rights activist. Mundy is a registered Republican who helped create a Sikh state-registered PAC that can’t contribute to federal races. He said he personally donated to Bera in 2010 and 2011 and helped organize fundraisers.

Mundy said he’s no longer supporting Bera because of his refusal to recognize the Indian government’s culpability in the 1984 massacre. Mobs orchestrated by government officials “burned Sikh homes, gurdwaras, holy books and family and raped your sister, wife and daughter in front of you,” Mundy said. “They did it all over India.”

Elk Grove veterinarian Gurpreet Singh said he had come to Delhi to prepared for his entrance exam for medical school when the riots broke out. “I was 16 and wore a turban, and as I was walking home, three or four people came after me shouting, ‘He’s a Sikh, let’s kill him!” Singh recalled. “I had to jump over a fence into my aunt’s place. We hid under our beds and didn’t even eat for two days so nobody could see us.”

While the general Hindu population wasn’t to blame, he said, “We could see the mobs going through the area and some of them belonged to the local ruling Congress Party.”

“I’m not voting for Bera,” said Singh, 46, a registered Democrat.

Not all Sikhs are using Bera’s position on the killings as a litmus test, however. Bobbie Singh-Allen, an Elk Grove school board member, agreed that the Indian government was complicit in the massacre and should apologize to Sikhs. But she praised Bera’s ongoing support of Sikh human rights. “I am more concerned with how Congressman Bera handles issues impacting Sikh Americans than getting wrapped up in Indian politics thousands of miles away,” Singh-Allen said.