SAD (A), Acting Jathedars Call for Political Boycott of Badals

Sriganganagar: Not allowed to hold the gathering at Talwandi Sabi, the Shiromani Akali Dal Amritsar (Mann), United Akali Dal and other Sikh groups held a conference at Gurdwara Budha Johad in Sriganganagar of Rajasthan on Thursday (November 10, 2016). 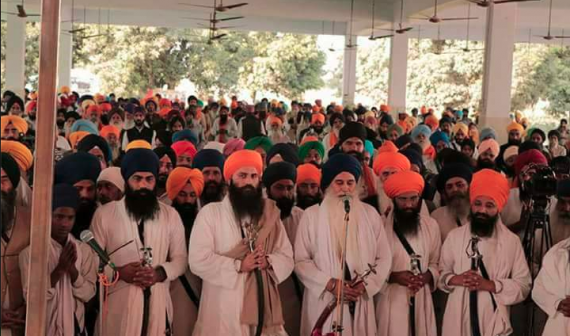 The organizers of the event said that the next date and venue of the postponned event will be announced as per directions of Bhai Jagtar Singh Hawara and Bhai Dhian Singh Mand.

The Copy of Directive Issued during the conference reads as follows: