Toronto/ Chandigarh: In a written press release (copy available with the Sikh Siyasat News) issued on May 06, the Shiromani Akali Dal Amritsar (Mann)’s Canada unit called upon the Punjab CM Capt Amrinder Singh to ‘stop talking ill about the Sikhs residing in Canada’.

“Sikhs are an integral part of the Canadian community. They have peacefully integrated into the Canadian culture with both respect and integrity”, the statement issued by Sukhpal Singh Hansra reads.

He further said that [r]ecent absurd statements by made by Mr. Capt Amrinder Singh are hurting the rich social fabric of the Canadian Sikh Community. “His recent ludicrous comments about threat at Surrey Nagar Kirtan is nothing but more than a tomfool utterance”, added Hansra.

SAD (Mann) Canada president said Capt Amrinder Singh should “stop his mischievous nonsense and start behaving in a professional manner to make the Sikh community all over the world proud”. 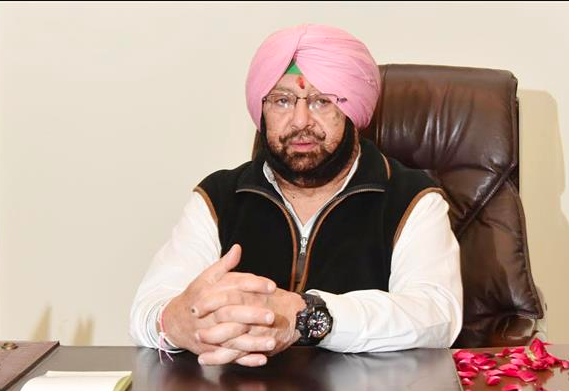 “I must remind Capt. Amarinder, It is a Right of Self Determination that remains a peaceful struggle for the state of Khalistan which is also embodied in the UN Charter. Due to the struggle to be in the UN Charter it is not under any jurisdiction of a state government. If Mr. Capt Aminder Singh does not fully understand this powerful Khalistan movement, it is strongly recommended to think before any foul comments are made. These comments have and do continue to cause discomfort to Sikhs residing in Canada and elsewhere in the World”, Hansra said in his statement.

“Additionally, Mr. Capt Amrinder Singh blamed Canadian Sikhs for the cancelation of his Canada trip last year when he himself feared for his own misdeed. Mr. Capt Amrinder Singh went as far as stating he was barred from entering Canada which is not true. Due to these actions the Sikhs in Canada are upset with Mr. Capt Amrinder Singh’s unwarranted behaviour toward those who have political aspiration but law abiding Sikhs would never take law in their own hands to express their anger”, he added.