Chandigarh: As per the media reports cabinet minister for state tourism Navjot Sidhu here today accused Shiromani Akali Dal (Badal) of financial misappropriation in the state treasury. He further alleged  that during the SAD (Badal)-BJP government the state treasury was used for personal gains by the Badal familiy.

Navjot Sidhu maintained that he has documented proof to further substantiate his allegation against the Badal Dal. The failure of the SAD (Badal)-BJP government in providing detailed account of Rs 380 crores given as grant by the central government that it declined from further releasing more grants in future, he said.

On the other hand the Shiromani Akali Dal (Badal) has reacted sharply to Navjot Sidhu’s allegations.  SAD (B) said that Sidhu should ask the State finance department about the whereabouts of various financial grants received from the centre rather than trying to create a roadside tamasha about the same. 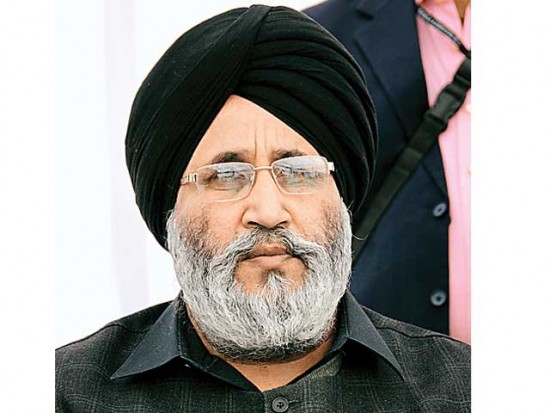 Furthermore, SAD (Badal) spokesman Dr Daljeet Singh Cheema maintained that it would be better if Navjot Sidhu sat in his office for four days and tried to understand the functioning of the government instead of rushing off to Mumbai every other day to record comedy shows. “If you do this you will come to know that each and every penny received from the centre under various heads is accounted for. The entire amount received for the Ludhiana smart city project is with the treasury.

Dr Cheema categorically claimed that this behavior was however not Navjot Sidhu’s fault. “It is only an outpouring of frustration. He has been dreaming about acquiring the chief minister’s chair since long. He went to various shops with this in mind before being promised the Deputy CM’s post by the Congress. He did not get this post but his wish to become CM is still very strong. That is why he is keen to project himself as someone who is bigger than the chief minister by resorting to big lies”.

While further adding to his statement he asked Navjot Sidhu to to substantiate his allegations of embezzlement or apologize to the SAD (Badal) and the people. “You failed miserably to substantiate any of the allegations leveled by you. You have also proved that you have no knowledge of the fiscal working of the government. It would be better if you acquire this knowledge before indulging in cheap theatrics”,he added.