Chandigarh: The Shiromani Akali Dal (Badal) here on Wednesday announced to contest the forthcoming Zila parishad and Panchayat samiti elections on the party symbol, even as it decided to establish its party offices in all districts of the State. 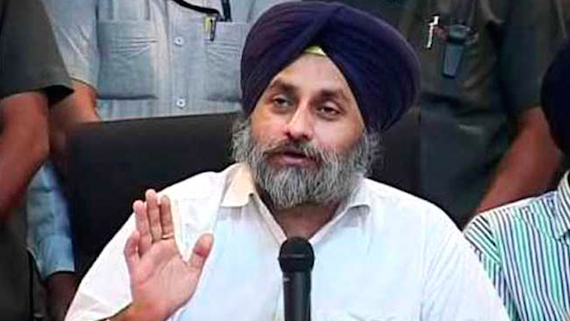 Presiding over a meeting of legislators, former MLA’s as well as district presidents, the Badal Dal president Sukhbir Badal said “besides contesting the Zila parishad and Panchayat samiti elections on the party symbol, the party would also contest elections to the Ludhiana municipal corporation with full fervor. He said the party would depute its senior leadership at Ludhiana to guard against foul play by the Congress party. “We will not let democracy be throttled by the Congress party”, he maintained adding the party would jointly face any attempt to repress its party cadre.

Sukhbir Badal also asked the new district presidents to establish party offices within one month. He said the party on its part would establish a befitting office at Amritsar. He also announced that the party would henceforth form its organization ward wise in urban areas.

He further announced that he would visit all constituencies and also take feedback from the people. “I will also interact with party workers during these visits and take direct feedback from them”, he added.