Chandigarh: As per media reports, many leaders of the ruling Shiromani Akali Dal (Badal) have turned rebels after announcement of first list of SAD (B) candidates for Punjab state assembly elections, 2017. However, SAD (B) chief and Punjab deputy CM Sukhbir Badal yesterday sought to downplay the reports of rebellion. 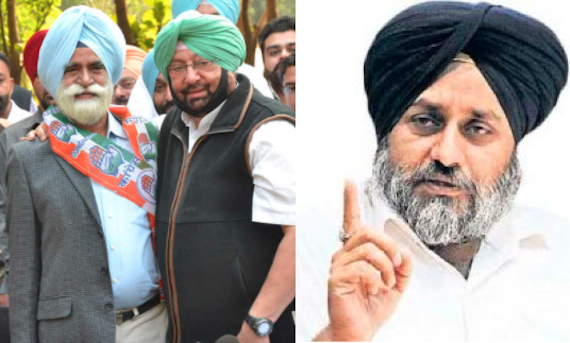 Reacting to former minister Sarwan Singh Phillaur’s resignation from SAD (Badal), Sukhbir said: “If Phillaur is upset with the party’s decision to not field him and has joined some other party, then what can we do? This is a democratic system.”

On reports about some ticket aspirants raising the banner of revolt, especially in Patiala, Moga and Muktsar districts, Sukhbir Badal said, “There is no rebellion at all. The party workers are happy with the candidates announced in their constituencies and are working for them.”

Six-time MLA and former minister Sarwan Singh Phillaur joined the Congress today a day after he resigned from the Shiromani Akali Dal (SAD) after he was denied the ticket from his Kartarpur constituency.

The leader claimed that he felt victimised in the Akali Dal for being a Dalit leader and that his former party had been taken over by “dacoits and cheats” and “lost its principles”.

He submitted his resignation to SAD (Badal) chief and Punjab Deputy CM Sukhbir Badal and Vidhan Sabha Speaker Charanjit Singh Atwal. Speculation is rife that Chander will join the BSP and contest from Kartarpur.

“It isn’t about the ticket. It’s about some issues and concerns that I have to raise. Presently, I can’t speak about them, but I will soon reveal them at a press conference”, Chander reportedly said.

As per The Tribune (TT) Shiromani Akali Dal (SAD) is facing a rebellion in Jalandhar for allotting the Jalandhar Cantt ticket to Kapurthala District Planning Committee president Sarabjit Singh Makkar.

“Amid allegations from senior party leaders against Makkar for being “tainted” and a “land grabber”, a nine-member committee has been formed to decide on the future course of action”, notes TT.