Media reports say that the deceased is identified as Mukhjit Singh Verka who was going to pick up his niece from a nursing college when the incident took place.

The police has confirmed the incident. Police commissioner Jatinder Singh Aulakh said the city police had specific inputs that a person carrying a weapon was travelling in a Hyundai i-20 car and was going to commit some crime. He said police parties were immediately dispatched toward Mudhal village. 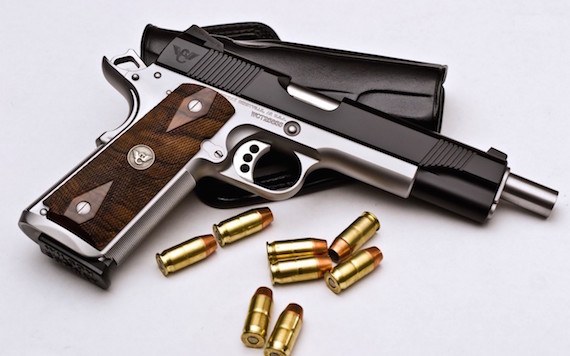 “The police team spotted a moving Hyundai i-20 car which was without registration number plates. They signalled the car to stop. However, Verka, who driving the car, sped away and later fired at the police party. He was killed in retaliatory fire by the cops,” said Aulakh.

According to the police a Head Constable identified Rajesh Kumar was also injured in the incident. Commission Jatinder Singh Aulakh said that further investigations were on. He said that injured constable sustained a bullet injury on his right shoulder and was admitted to Guru Nanak Dev Hospital in Amritsar.

District SAD wing secretary general Kuljit Singh condemned the “killing” of the party’s ward president. He rubbished the police department’s version of the incident. He said Mukhjit Singh Verka belonged to a simple family and did not have any past criminal record. He claimed that there were eight bullet marks on Verka’s body. The party leaders and workers demanded stringent action against the police team which killed the SAD leader and also questioned the police action.

Agitated residents of Verka village, from where he hailed, local SAD leaders and workers started a protest on the Amritsar-Attari bypass road. They did not allow the police to lift the body and car from the spot.

Later, the protesters held a dharna on the Amritsar-Attari bypass road and blocked the traffic. The protest was on till the filing of report. The protesters were not allowing the police to remove the body and the car from the spot. Tension gripped the area while heavy police force was also deployed at the scene.

According to The Tribune: “Eyewitnesses to the incident said police personnel who were travelling in two vehicles were in plainclothes. They said the police first signalled the car to stop. However, the car driver tried to flee the spot, they said, adding that he allegedly fired at the police party who, in turn, surrounded Verka and shot him dead”.