Chandigarh/ Anandpur Sahib: The bill passed by Punjab assembly to de-notify the Sutlej Yamuna Link canal land may not have taken shape of law as the Governor has not granted his assent on bill but the ruling regime of Punjab is planning to take out maximum out of it. The ruling party has announced to hold another stage show during the Hola Mohalla conference to be held at Anandpur Sahib on March 23 to term Badals as “saviours of Punjab. 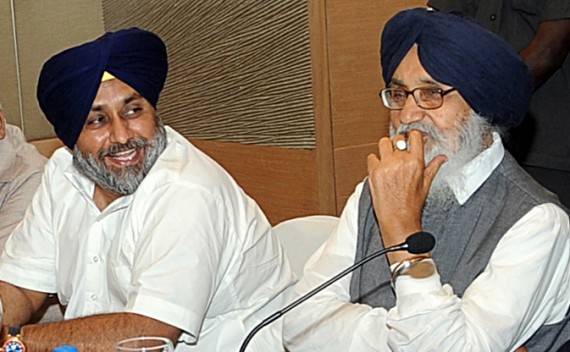 MP Chandumajra said the SYL canal agreement was forced upon the state by the Centre three decades ago and the SAD-BJP government exercised its democratic rights to protect the interests of the farmer community.

Prem Singh Chandumajra said that a large number of people from all parts of state, especially the farmer community, will be present to honour the CM and his deputy at the Hola Mohalla conference.

Meanwhile, Dal Khalsa has strongly condemned the move. In a statement released today, party spokesperson Kanwarpal Singh Bittu said that Badals were not saviours of Punjab or the Punjab waters rather their approach has been opportunistic and compromising. (read Dal Khalsa’s full statement here).