Chandigarh: Focussing on upcoming state assembly elections the ruling Shiromani Akali Dal (Badal) has reportedly decided to build pressure on its power ally, the Bhartiya Janta Party (BJP) to bring in a central amendment to the Sikh Gurdwaras Act, 1925, in order to bar the Sehajdharis from casting votes in the SGPC elections.

SAD (Badal) wishes to ensure that the said amendment is brought during the Budget session of Indian Parliament that begins on February 23.

Media reports say that the issue has already been discussed during the meeting of SAD (B) resident Sukhbir Badal and BJP president Amit Shah held about two weeks ago. The matter was also briefed to senior party leaders during recently held core-committee meeting of the SAD (Badal).

The SAD (Badal) wants the SGPC elections before the state assembly elections just like last SGPC (2011) and state-assembly (2012) elections. 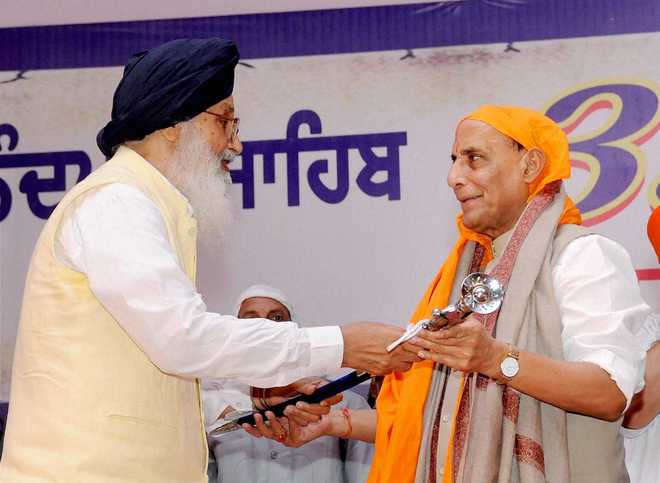 Now the Badal Dal want the Central Government to make amendment in the Gurdwara Act to bar Sehajdharis from casting their votes in SGPC elections as under present circumstances the elections of the SGPC could not be held until the SCI decided the pending matter.

Though earlier there was some resentment within the Rashtriya Swayamsewak Sangh (RSS) over the amendment, now – according to media reports the only hurdle left to clear for this amendment the Union Home Ministry.

Badal Dal leaders are hoping that once this amendment is cleared by Indian Parliament, the election to the SGPC can be held in later part of this year. With the incidents of Beadbi of Guru Granth Sahib last year and the government’s anti-Sikh stance in relation to this case has hit Sikh vote base of the Badal Dal, especially in Malwa region, the ruling party believes that holding of SGPC elections now will help them win over the Sikh voters and consolidate this chunk of voters.