New Delhi: Addressing a press conference in New Delhi yesterday, the Shiromani Akali Dal (Badal) chief Sukhbir Badal said that his party was all set to strengthen its reach and organisational structure in Uttar Pradesh (UP) by contesting the 2017 assembly elections in order to ensure due recognition for Sikhs and the Punjabi community in the State.

Notably, SAD Badal had appointed Balwant Singh Ramuwalia as incharge of UP affairs, but Ramuwalia double crossed Badals by joining the ruling Samajwadi party. It is believed that Badals’ move is aimed at pressing the BJP to keep it’s equations in balance with the SAD Badal in Punjab. 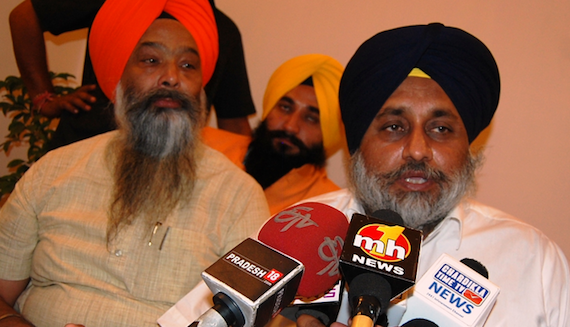 Elaborating the agenda for UP Sukhbir Badal said: SAD would launch a concerted campaign in UP in order to redress the problems being faced there by Sikhs and Punjabi community besides ameliorating their lot. For this purpose, the necessity of having an organized structure of the party in UP is being carefully looked into and the needful would be done soon.

The Deputy Chief Minister formed a 5 member committee to focus on strengthening SAD in UP and identify the potential 40-45 seats it plans to contest in the upcoming polls keeping in view the number of Sikhs and Punjabi’s population.