Chandigarh: Samvad, a discussion forum, has announced to hold a discussion on various aspects of Sikh struggle of 1980s-90s. As per a release by Samvad the discussed to be held on June 4 at Kisan Bhawan, Sector 35-A, Chandigarh will be followed by a series of similar discussions with a motive to hold analysis and review of the Sikh movement of 1980s-90s. 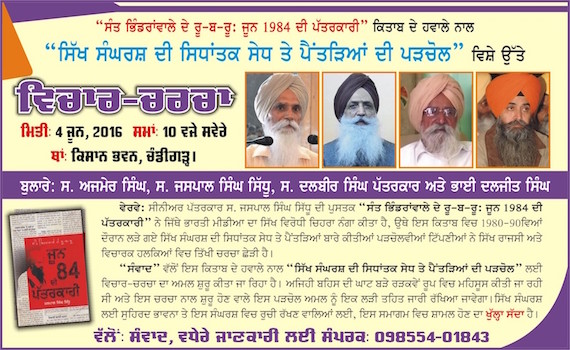 The poster further reads that the June 04 discussion is being held with specific reference to a new book titled “Sant Bhindranwale De Ru-B-Ru: June 1984 Di Pattarkari”. The book is penned by S. Jaspal Singh Sidhu.