San Jose, CA: Leadership from the Christian, Sikh, Muslim and Dalit communities will gather at Gurdwara Sahib San Jose on Sept. 26 to hear Navkiran Kaur Khalra commemorate her father’s legacy alongside five other speakers at the 6th annual “Remembrance of the Disappeared” seminar.

The seminar, which will take place on the eve of Indian Prime Minister Narendra Modi’s visit to Silicon Valley, will focus on past genocides and present oppression of minorities by the Indian government. Khalra’s daughter, Navkiran Kaur, remarks, “Although my father is not with us today, his legacy continues, not just in Punjab, but in all corners of the world where people are standing firm to end oppression and tyranny.” Speakers will form their remarks around Jaswant Singh Khalra’s words: “The Khalsa [body of initiated Sikhs] was inaugurated to protect human rights — the human rights of the world.” 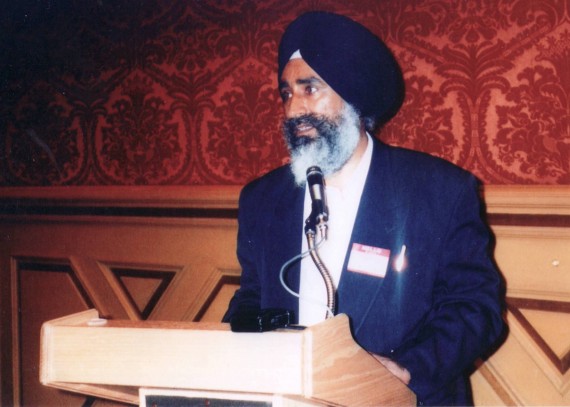 The event is hosted by Gurdwara Sahib San Jose and sponsoring groups include Ensaaf, Sikh Information Centre, Organization for Minorities of India, Indian American Muslim Council, and Incarnation Anglican Church (ACNA). A panel discussion will follow speaker presentations. The seminar is free to attend and open to all, dinner will be served, and the evening will conclude with a candlelight vigil for Khalra.

Background: Jaswant Singh Khalra was murdered by the Punjab police for uncovering and reporting that death squads of Indian security were secretly rounding up Sikhs in Punjab to torture, kill, and then cremate their bodies at local cremation grounds. In Amritsar alone, Jaswant identified the names of 2,097 Sikhs who were secretly cremated after being murdered by Indian police. On September 6, 1995, he was himself disappeared. 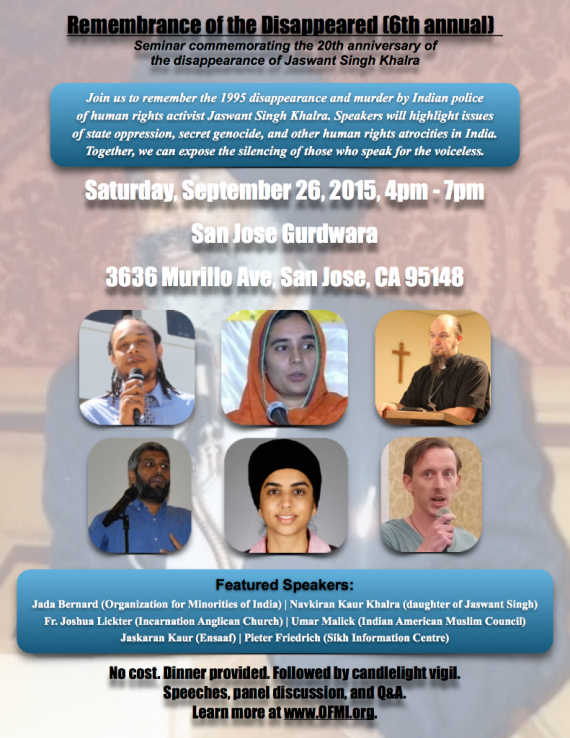