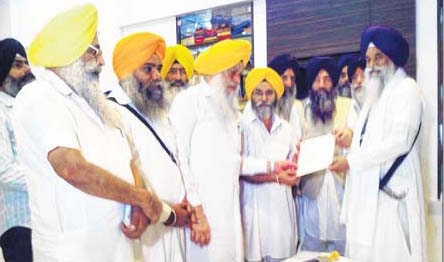 In a memorandum handed over to Giani Gurbachan Singh, the committee blamed Punjab CM Parkash Singh Badal for ruined state of Sikh affairs and increasing drug addiction in the state. They also accused the CM of “crushing their movement” for the release of the Sikh detainees.

They urged the Jathedar to make efforts to get Sikh political prisoners released.

The Jathedar said the matter would be discussed in the next meeting of the five Sikh Jathedars.