Ludhiana: Condemning the attack on the Delhi Chief Minister and National Convenor of Aam Admi Party (AAP) Arvind Kejriwal in Ludhiana today, senior party leader Sanjay Singh alleged that it was a conspiracy hatched by ruling Badal Dal to kill Arvind Kejriwal. He also demanded high-level probe by sitting judge of High Court in the attack. 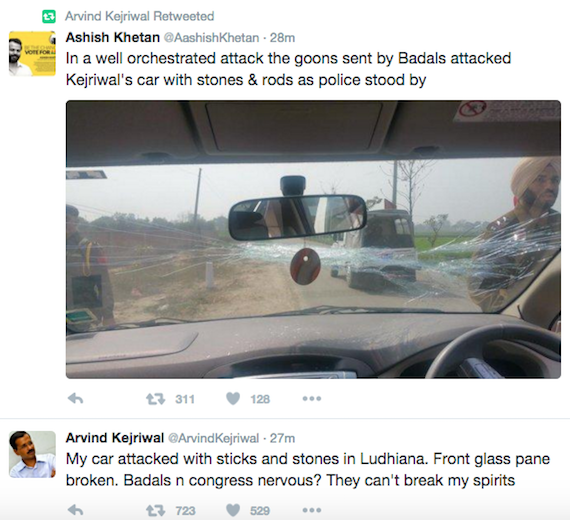 He alleged that Punjab Deputy Chief Minister Sukhbir Badal is responsible for the attack as it was all planned at the behest of him.

Earlier today Arvind Kejriwal had posted a photo of his car on Twitter maintaining that his car was attacked with sticks and stones in Ludhiana. Kejriwal is on five to visit to Punjab to mobilise support for the Aam Aadmi Party (AAP) for upcoming 2017 elections.