Chandigarh: In a major setback to the Punjab government and the ruling Shiromani Akali Dal Badal, the Punjab and Haryana High Court today granted bail to United Akali Dal (UAD) president Bhai Mohkam Singh in a case of alleged sedition. Mohkam Singh was one of the main organisers of the panthic gathering of November 10, 2015 that was titled as the Sarbat Khalsa 2015.

UAD secretary Gurdeep Singh Bathinda’s son Yadwinder Singh told Sikh Siyasat News (SSN) over phone that the bail was applied in the High Court though Bhai Mohkam SIngh’s counsel Advocate Maninderpal Singh Sekhon after it was refused by the sessions court. He said that bail pleas of more leaders of the Sarbat Khalsa 2015 would come up for hearing in the High Court on Monday. 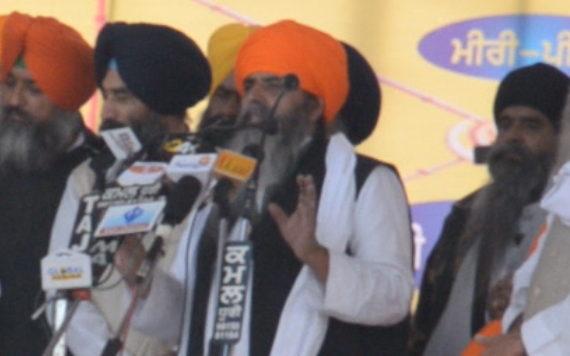 Copy of Sedition FIR against organizers of the Sarbat Khalsa 2015