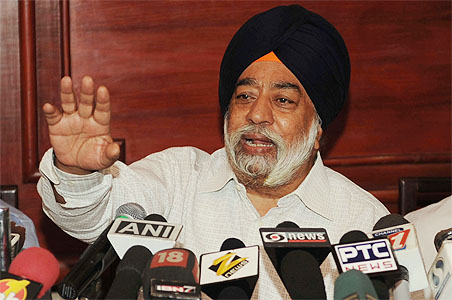 He said that Badals are engaged in promoting “Brahmanistic ideology” while sidelining and harming the Sikh issues.

Sarna said that Badals should have broken their alliance with anti-Sikh lobby comprising BJP and RSS but on the contrary they are working as tools of these forces.

He caimed that there was violation of maryada during the inauguration of the Yatra as Badals were mentioned before mentioning names of Takht Jathedars during Ardas.

Former DSGMC leader labeled the ‘Darshan Didar Yatra’ as a political stunt of SAD (Badal) aimed at gaining support of the Sikh masses.

He appealed to the Jathedars of Five Takhats to get out of the influence of Badal family and work independently and freely for the betterment of the Sikh panth.