New Delhi: In a written press note issued on May 20 the Social Democratic Party of India (SDPI) has rubbished BJP president Amit Shah’s claim that the BJP’s victory in Assam and its showing in the other four state “is a stamp on the performance” of the Narendra Modi government.

Shah’s assertion that the election results in Assam, West Bengal, Tamil Nadu, Kerala and Pondicherry as the “new beginning of politics of performance” is a farce and far from truth, the party said. 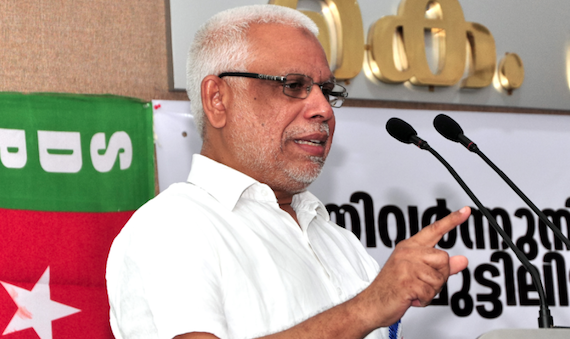 SDPI national president A. Sayeed in a statement said that the way in which the BJP is celebrating the Assam victory looks like as if it has won all the 5 states’ elections that went to polls. The winning of Assam is not some ideological shift of the people of Assam from being secular to becoming Communal, or the ideological shift of Prafulla Mahanta from Secular to Communal, but because of the power hungriness of Mahanta to shift from Congress to BJP, because he was being offered the high place in the BJP, after the elections, if they win!

Sayeed said that Assam was won by the BJP because the party pulled out Narendra Modi and Amit Shah, as poster boys from the Assam Elections. The two factors with the anti-incumbency that any government will face after three terms, was the reason that the Congress lost in Assam. So, it seems rather funny to see Amit Shah claiming credit for the win in Assam, when the real story is that Assam was won despite of Amit Shah and Modi. But when one turns to other states, the dismal picture of Modi influence just multiplies many folds. BJP score in the other 4 states is just: Kerala – 1, Tamil Nadu – a big zero, West Bengal – 7 and Pondicherry – they did not even compete because they would not even win one seat. So, when the Media tries to portray that the BJP has gained in this election is absurd and outlandish.

He has expressed apprehension that with a win of BJP now in Assam one would see more atrocities, harassment and discrimination on minorities by the Hindu zealots in the days to come. More and more anti-minorities acts & laws like beef ban, “Ghar Wapsi”, stopping of grants for minorities upliftment, stopping of reservation of minorities, Dadri like elimination of innocent, vandalizing of minority religions places, demolition of minority places of worship (like Babri Masjid, Church burning in Delhi etc.), denying permission to minority places of worship and institution, passing of anti-minority laws in the Parliament to obstruct the development of minorities, relegating minorities as second rated citizens, forceful takeover of minority institution and thereby denying proper education to minority children etc. will be enacted.

Sayeed said that every healthy democracy needs a viable opposition. However, India is heading to a phase of fragmented opposition which is not a good sign. It seems that the Congress has not to have learnt anything from its many defeats. It is a party led by a dynasty that rewards sycophants rather than nurture genuine leadership. It is also a party that has never apologized for the many scams while it was in power. Much needs to happen before the people give it another chance.