Mumbai: The alliance partner of the pro-hindutva outfit  BJP at both in Maharashtra state assembly and at the Center the Shiv Sena here here today has sent out an appeal to the hindus of the sub continent to sue  the ruling BJP for “treachery and character assassination” for declaring the country “secular” at an international forum. 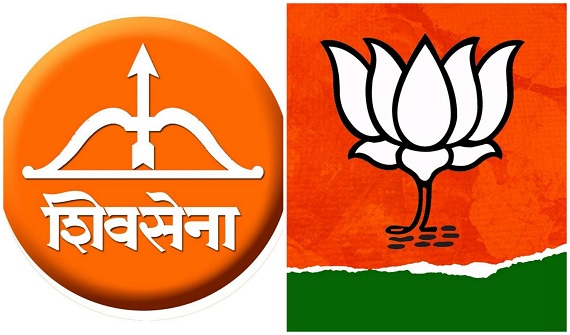 Image for representation only.

“India is now a Hindu nation. People have elected the Bharatiya Janata Party on this premise. Then how come we have suddenly become a ‘secular’ nation? Are the Hindus not entitled to even an inch of land on earth?” reads a quote from Saamana a mouthpiece newspaper of Shiv Sena.

It further stated that when Narendra Modi was elected, Hindus all over the world had celebrated that a ‘Hindutva’ government had taken office.

While referring to the recently concluded (4th May) UN human rights convention in Geneva where the Attorney General of India stated that “India is secular, without any official/state religion”, The pro-hindutva outfit Shiv Sena while lashing out at BJP stated “This is shocking and nothing short of backstabbing the Hindus. The BJP notched success across India and especially in Uttar Pradesh on the Hindutva plank,” said the media reports.

“All the promises to build a Ram Temple or cow protection shall prove to be mere political stunts to catch the Hindu votes and nothing more,” reads a quote from the editorial published in party’s Marathi vernacular.

“The word ‘secularism’ had become an invective, it was used as a weapon to defeat the Hindutva forces. Hence, when the ‘Hindutva’ government came to power, it was expected that ‘secularism’ would be buried forever.” viewed the forlornly Shiv Sena.

“We don’t feel proud to proclaim from the rooftops that India is a ‘Hindu’ nation — there are 56 Islamic nations in the world, many like the US and Russia are Christian countries, others like China, Japan, Sri Lanka or Myanmar are Buddhista. But there is not a single ‘Hindu’ nation on earth,” argues the party in its statement.

Furthermore, the party also claimed that its concept of ‘Hindutva’ would not be totalitarian like Khomeini’s Iran, Taliban’s Afghanistan or IS’ Iraq-Pakistan “but a unanimous acceptance of Hindu ethos and its culture by all the people living here, reads Firstpost.

“It does not mean that people, including Muslims, should adopt a saffron attire, sport a ‘choti’. No. It just means everybody must bow before this country, its uniform laws and sing ‘Vande Mataram’. They can pursue their religions in their homes or in mosques and churches.” the party further maintained.