Amritsar: The Amritsar (rural) police today secured one day police remand of Bhai Amrik Singh Ajnala- chief of Damdami Taksal (Ajnala), who was appointed as Jathedar of Takhat Kesgarh Sahib by the organisers of the Sarbat Khalsa 2015. The remand was reportedly given in a sedition case registered against Bhai Amrik Singh by the district (rural) police in relation to November 10 Sarbat Khalsa (2015) samagam that was held at Chabba village. The police also secured two days police remand of Bhai Mohkam Singh, who was one of the main organisers of the Sarbat Khalsa 2015. 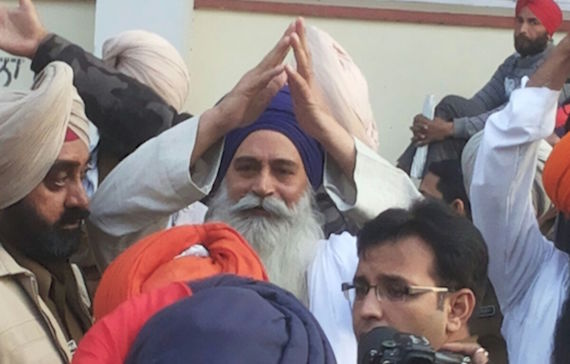 Various Sikh, political and human rights bodies have condemned the state government for registering charges of sedition against the Sarbat Khalsa 2015 organisers. A groups of Punjab and Haryana High Court lawyers also issued a written statement condemning the registration of case against Sikh leaders.

Sikh diaspora body, World Sikh Organisations of Canada, have also raised its concerns over arbitrary arrest and detention of Sikhs across Punjab.