Chandigarh: Sath, a students’ group, organized a seminar on “Phenomenon of Genocide in Modern Era” at Zoology Auditorium in Punjab University campus in Chandigarh on 15 November 2018. The seminar was held in the memory of those victimized during the 1984 Sikh Genocide. In this seminar Dr Garga Chatterjee (Indian Statistical Institute), Sikh author Bhai Ajmer Singh and Parmjeet Singh (Editor, Sikh Siyasat News) presented their papers and shared their views.

Sukhwinder Singh, one of the organizers, welcomed the speakers and the audience and briefly introduced Sath and the topic of the seminar. He then invited Parmjeet Singh to make his presentation on topic “Stages of Genocide and Sikh Genocide 1984”

Parmjeet Singh informed the audience about different stages of genocide as identified by the genocide studies scholars and said that how the term “Genocide” which was coined by Raphael Lamkin in 1944 and before that there was no specific law to provide punish for genocide as a crime before 1948. The genocide convention came into existence in 1948 after genocide during the World War II era as the Nazis lost the war and allied powers carried out process to provide for prevention and punishment for the crime of genocide. 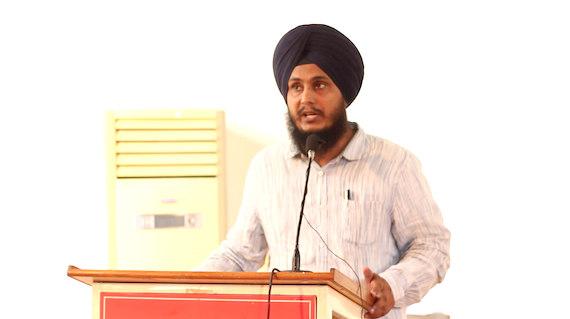 Speaking on the occasion Dr Garga Chatterjee gave his views on the topic of “History Of Genocidal Politics In Sub Continent and the World’’. He began his lecture by giving the description of Hindustan as an area that lies between Delhi and Patna and said people in India are always targeted on basis of religion and language by Hindi speaking population. He reminded Sikhs about the importance of the word “GHALLUGHARA”. He said Bengalis have equally suffered as Punjabis at hands of non-Bengalis in 1940s famine, the 1947 partition, 1971 war and now Bengalis are again on target at the pretext of National Register of Citizens (NCR) which is depriving 40 lack people of citizenship out of which 38 lack are Bengalis. 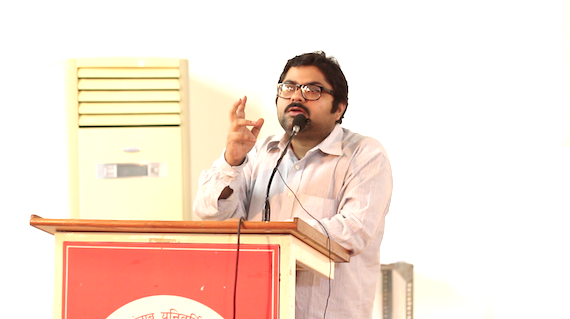 He further said there is always a spectrum of genocidal forces working in different fields like Cricket, Bollywood, CBSC, NCERT etc. and also referred to many controversial statements given by famous Indian personalities.

He said imperial powers are always behind the genocides and imperialist men see women of the targeted community as commodity that is why we people listen particular phrases like ‘Sexy Punjabi Kudi’ or ‘Dusky Bengali Beauty’ and that is reason behind 80% of models are from particular communities comprising 24% of population.

He said Sikh should never forget 1984 and reprimanded Sikh activists for not having lists of thousands of killers who were involved in genocide.

Last speaker of seminar, Bhai Ajmer Singh begun his talk by describing western model of “State” which he said is failing everywhere and lead to such destructive things like genocides and weapons of mass destruction. 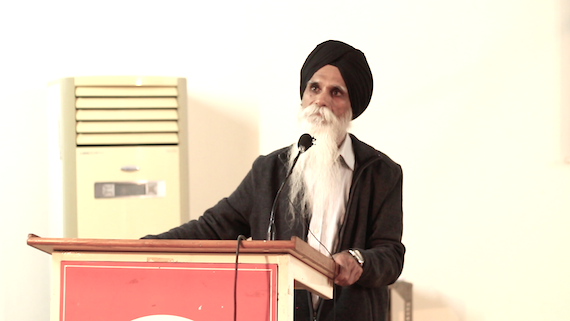 He said there are some basic factors like fear of god , fear of law and fear power of opponent that stop a person/group from committing crime but the modern state rejects authority of religion and has instead turned it into a tool to serve its ends; while the does not have any fear of law and it has more power as compared to targeted groups, that’s why when states commit or back genocides they result in mass destruction and are followed by impunity.

He said even law and convention of 1948 failed to prevent genocides as there is no authority above the state.

Explaining it further said two notions of state are prevalent. One is the Liberals’ viewpoint on the state and other is Marxists’.

Liberals describe state as a neutral agency to maintain law and order and to stop anarchy while providing people basic facilities. On other hand Marxists describe state as a tool of one class to suppress other classes. He said both notions have proved incorrect as the state is not neutral and it is also evident that no genocide in the world happened on basis of class. 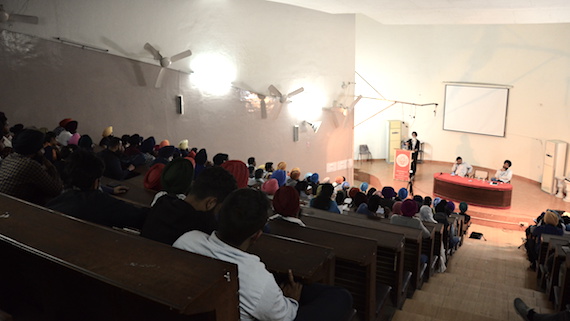 A View from the Back of Seminar Hall.

He said that then there was a Jewish perspective who believe state as a circle and it is duty of state to take care people living in that circle. This definition too dehumanizes people living outside that circle. He said that political and military concentration always results into genocides if it works without some high ideals and this problem can only be clinched by establishing that the state is not all superior. He said that Gurbani has the vision where a tab could be kept even on the state authority therefore the Sikhs have a larger role to play.

At the end of the seminar Sukhwinder Singh thanks the speakers and the audience on behalf of Sath. The video recording of this seminar will be available on Sikh Siyasat in coming days.