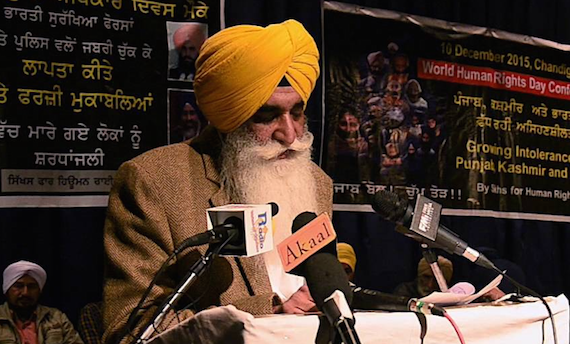 Chairman of the SFHR Advocate Harpal Singh Cheema said to take stock of situation and formulate the strategy to confront and curtail the authoritarian and repressive policies of the Modi government, a meet of intellectuals, scholars, human rights defenders and Kisan Unions have been convened. The situation is very critical as right to express and hold independent beliefs and thoughts was under attack by present dispensation, he observed.

He further said the meet would express solidarity with JNU students, faculty members and media persons who were manhandled by the white-collared goons of the BJP at Patiala House during the court appearance of JNU student’s union president Kanhaiya Kumar.

He said in order to implement its old agenda of Hindutva, the BJP has coined a new definition of ‘anti-national’ to fix all its adversaries and struggling minorities and people.

As the RSS-BJP has communalized the polity in a sinister way, it’s time for the civil society to call spade a spade before the situation turns volatile and ugly, he observed.

In a calculated move, the Union Home Minister Rajnath Singh through media trail and irresponsible statements has deliberately ruined the career of students and maligned the image of JNU, he pointed out. He slammed the role of the Delhi police and especially its commissioner for blindly following ruler’s dictates instead of following the spirit of law. He demanded revoking of sedition provisions against political dissidence and stopping of witch-hunting of university students,