The development comes in the backdrop of the decision taken at the Sarbat Khalsa 2015 to appoint Sikh political prisoner Bhai Jagtar Singh Hawara as the Akal Takht jathedar.

As per information the SGPC and the ruling Shiromani Akali Dal (Badal) is of the view that a person like Giani Pinderpal Singh may be acceptable to Sikhs in Indian sub-continent as well as abroad. 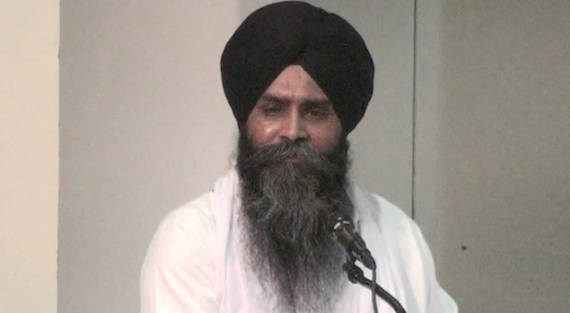 “A person like him (Giani Pinderpal Singh) can certainly help bring the Sikh community out of the current crisis, but it remains to be seen whether he would accept the post of the Akal Takht head or not,” said SGPC president Avtar Singh Makkar, adding that it was premature to reach any conclusion.

Giani Pinderpal Singh, who hails from Tharwa Majra village in Karnal (Haryana), lives in Ludhiana. According to Hindustan Times sources he is being persuaded by the SGPC and other Sikh bodies to head the Akal Takht.

Giani Pinderpal Singh reportedly said: “when there are two jathedars (one appointed by the SGPC, the other by the ‘Sarbat Khalsa’), it is very difficult for both to prove who is the real one.”