SGPC chief talked to Gurbaksh Singh for an hour, but he refused to end his fast, saying his demand should be met first. 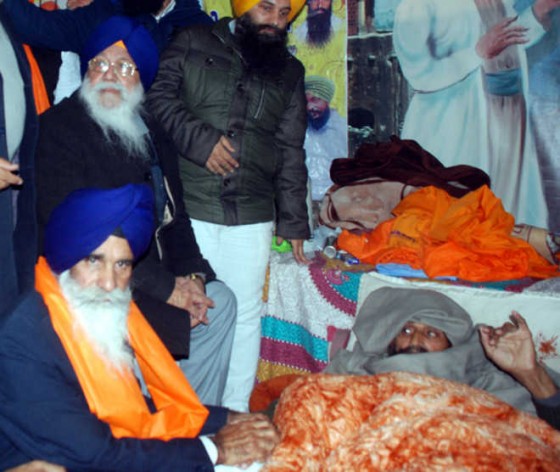 The Sikh activist asked Avtar Singh Makkar to talk to Punjab Chief Minister Prakash Singh Badal about his demand so that at least the prisoners lodged in state jails could be immediately released.

SGPC chief reprotedly assured him he would raise the matter with the Chief Minister and with the Central government, according to SGPC functionaries.

Talking to reporters, HSGMC (ad hoc) president Jagdish SIngh Jhinda lashed out at the Shiromani Akali Dal (Badal) and Amritsar-based SGPC, alleging they were not serious about the issue.

“SAD’s Bathinda MP (Harsimrat Kaur) is a Minister in the Narendra Modi Cabinet, but she has not raised this issue with the Centre,” he said.

A doctor who examined Gurbaksh said his condition was serious and advised his immediate hospitalisation.