Chandigarh: The Shiromani Gurdwara Prabhandak Committee (SGPC) chief Avtar Singh Makkar today said that he was not aware that some Shiromani Akali Dal (Badal) supporters were caught drinking liquor in a Sarai at Darbat Sahib. SGPC chief was answering to questions posed by journalists during a press conference at Chandigarh. 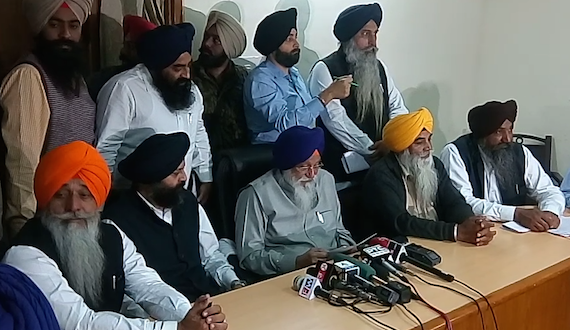 On being asked by a Sikh Siyasat News (SSN) journalist that SGPC has filed an FIR against Bhai Dhain Singh Mand for his Bandi Chhor Day speech but whether the SGPC has moved an FIR against “Akali” supporters who were caught drinking liqour at Darbat Sahib on same day, Avtar Singh Makkar replied that he was not aware of the issue.