Fatehgarh Sahib: The Shiromani Gurdwara Prabhandak Committee (SGPC) may have been insisting to retain Giani Gurbachan Singh as Jathedar of the Akal Takhat Sahib, the Sikh sangat seems to be in no mood to see him continue. In wake of strong protest from the Sikh sangat the Shiromani Gurdwara Parbandhak Committee (SGPC) president Avtar Singh Makkar had to abruptly end his address, even as Akal Takht jathedar Giani Gurbachan Singh did not deliver his ‘sandesh’ on the concluding day of the three-day Shaheedi Sabha in Fatehgarh Sahib on Monday (Dec. 25). 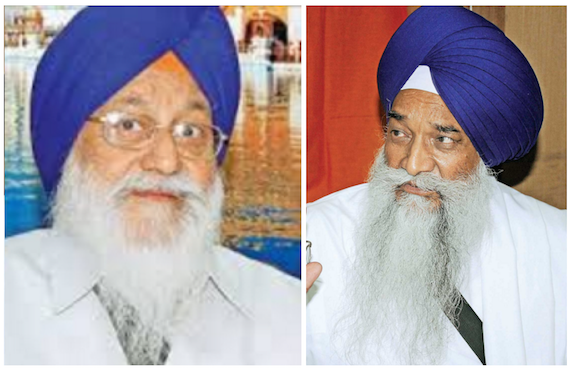 The Sikh sangat raised strong protest against the SGPC chief soon after the ‘bhog’ of ‘Akhand Paath Sahib’ at Gurdwara Jyoti Sarup, when SGPC chief Avtar Singh Makkar tried to began his address at around 2pm.

Avtar Singh Makkar somehow managed to speak for a while, even as protesters showed him black flags. SGPC task force then took the SGPC chief and Giani Gurbachan Singh to a room, which was guarded by cops.

It is notable that Giani Gurbachan Singh has been facing strong opposition from the Sikh sangat over the controversial decision of Sikh jathedars to pardon the Dera Sacha Sauda head.

Meanwhile, the Panj Pyaras of the Akal Takhat Sahib today renewed their stance directing the SGPC to remove Giani Gurbachan Singh and other jathedars who were involved in announcing pardon to Dera Sauda in September 2015.