Amritsar:  Shiromani Gurudwara Parbandhak Committee (SGPC) chief Prof Kirpal Singh Badungar on Friday has reportedly written  to the Indian president Pranab Mukharjee  seeking action on demands raised by an SGPC delegation during a recent meeting (16th May) with him. 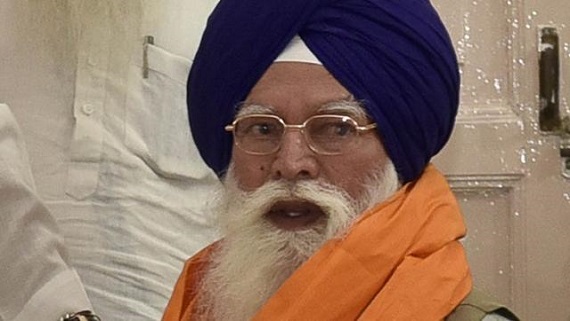 In the letter the SGPC chief has purportedly demanded that Sikh political prisoners, who have completed their jail terms and are languishing in several prisons, released at the earliest. He has again raised the issue of a Sikh militant on death row, Balwant Singh Rajoana, seeking reconciliation on the death sentence awarded to him. He said the request was marked as per Article 72 of Indian constitution.

“We also apprised you about the issue of construction of Gurdwara Gian Godri Sahib at Haridwar (Uttrakhand) the place visited by Guru Nanak Dev ji, the first Sikh Guru”, said Badungar in his letter. “Problems being faced Sikh Sikligar Community in Madhya Pradesh and desecration of Sri Guru Granth Sahib at various places – these issued were brought to your notice”, said Kirpal Singh Badungar.

“We also discussed with you about returning of Sikh relics and books of Sikh Reference Library taken by the Army in June 1984 from Sri Harmandir Sahib Complex. You were very kind to listen to us…” reads a quote from a reported letter written by SGPC chief.