Amritsar, Punjab: Giani Gurbachan Singh, who was rejected as Jathedar of Akal Takht Sahib by a vast majority of Sikh organisations, including diaspora groups, was today cornered but the Shiromani Gurdwara Prabhandak Committee (SGPC) also. 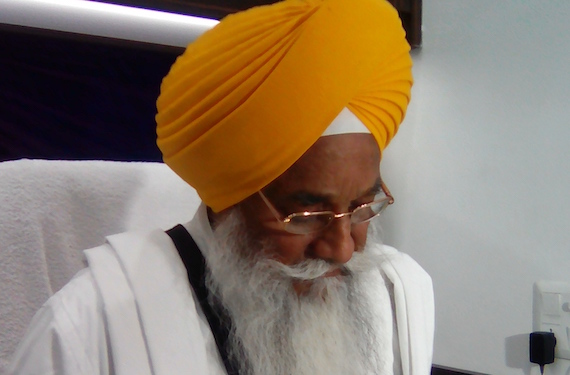 Notably Giani Gurbachan Singh had informed the SGPC about the meeting on April 1 through a written letter. The letter had requested the attendance of SGPC’s secretaries and managers of SGPC run Gurdwara Sahibs in the meeting in order to participate discussion on various topics such as prevention of beadbi of Guru Granth Sahib, bringing unity among various sections of the Sikh panth and prachar (propagation) of the Sikhi principles.

FOR MORE DETAILS, READ PUNJABI VERSION OF THIS NEWS:

Later while talking to media persons Giani Gurbachan Singh said that the meeting was postponed as the SGPC president Avtar Singh Makkar has expressed willingness to hold personal meeting with him about the proposed meeting.