Amritsar: Shiromani Gurdwara Parbandhak Committee Executive Committee member Karnail Singh Panjoli today claimed that he had always opposed that very decision which hurt Panthic interests, Panthic doctrine, institutions, traditions and conventions. He said safeguarding Panthic interests was central to him. His statement came in the backdrop of Shiromani Akali Dal (Badal)’s move to remove him from the sub-committees of the SGPC.

Hitting out at the SAD (B) leadership Panjoli said that the people would teach a lesson at an appropriate time to those leaders who are exploiting Panthic principles, institutions and rich traditions for furthering their parochial politics interests which has triggered strong resentment among the Sikh masses. 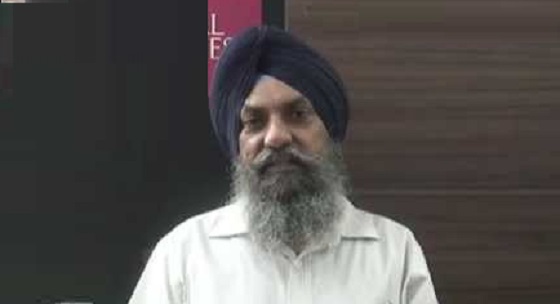 He said that the membership of such sub-committees were meaningless when every small decision is taken in Chandigarh.

In a written statement released today he said that he was neither surprised at the decision of the selfish political leadership of SAD (Badal) nor there was any disappointment.

He questioned the leadership of the Shiromani Akali Dal created to articulate the political aspirations of the Panth as to which Panthic interests have been served by rejecting original Nanakshahi calendar in favour of Bikarmi calendar or by exonerating Dera Sacha Sauda chief Gurmit Ram Rahim.

SGPC executive member who had joined SAD (Badal) few years back said that the fact of the matter was that the present Akali leadership had put at stake the Panthic interests for the sake of parochial and selfish political interests. This had led to the denigration of the high Panthic institutions which was the most alarming aspect of the present situation, he added.