Amritsar: It is learnt that the Shiromani Gurdwara Parbandhak Committee (SGPC) has recently formed a five-member committee to review the controversial structure modelled on the Darbar Sahib, Amritsar. Gurdwara Sachkhand Angeetha Sahib, Mastuana, situated on the Sangrur-Barnala road has been repeatedly in the eye of a storm over the past two decades.

The SGPC took the decision after a group of Sikhs protested against the move of constructors of the structure to make Parkash of Guru Granth Sahib in it. 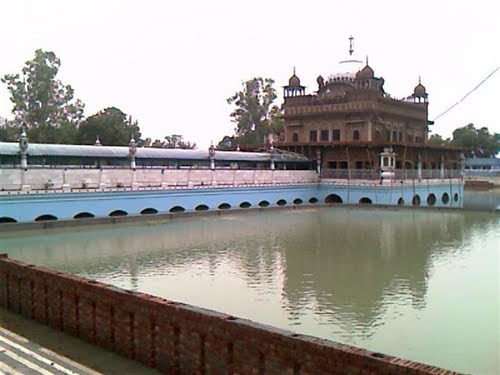 “Harmandar Sahib was established by the Sikh Gurus. There is no place for its replica anywhere in the world,” said SGPC president Avtar Singh Makkar.

The gurdwara’s construction began in 1967. It was in 1994 that Sikhs first objected to its structure, which resembles the Darbar Sahib, Amritsar. In 1996, then Akal Takht jathedar Manjit Singh issued a hukamnama (edict), stopping construction and ordering changes in the gurdwara structure