Amritsar: A day after the acting Jathedars appointed during Village Chabba Panthic Gathering (2015) announced to excommunicate former SAD (Badal) leader Sucha Singh Langah, the SGPC appointed Jathedars led by Giani Gurbachan Singh too made a similar announcement on Thursday (Oct. 5). Sucha Singh Langah is facing charges of rape and extortion and a video related to the case has gone viral over the internet. The SAD (B) leaders had initially defended Sucha Singh Langah in this matter but backtracked after the video appeared online. 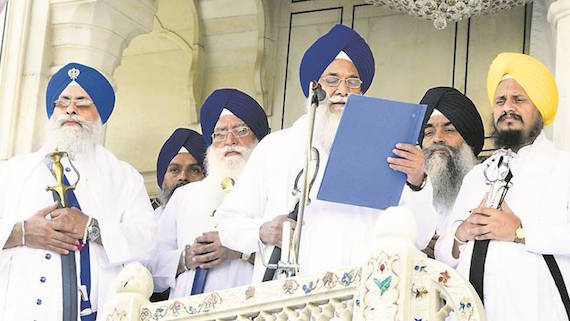 The hasty announcements of excommunication seems to be result of competition between the two sets of Jathedars, as generally any person accused of having committed any religious misconduct is allowed to offer explanation but in this case both- the acting Jathedars as well as the SGPC appointed Jathedars, did not even summon Sucha Singh Langah. They directly announced his excommunication.