Amritsar: The SGPC move to appoint Harcharan Singh, former director of Punjab and Sindh Bank, as its chief secretary has drawn strong criticism from several quarters. Those opposed to the move including some SGPC executive members, besides Sikh organisations and intellectuals.

Mangal Singh, SGPC executive member, questioned the decision, saying, “The SGPC already has an army of secretaries. There are three SGPC secretaries at present instead of one, besides a number of additional and assistant secretaries. The appointment of the chief secretary will only put unnecessary burden on the premier Sikh body.”

SGPC executive member, Karnail Singh Panjoli, too had objected to the decision in the past and had written about it to the SGPC president.

Raghubir Singh Rajasansi, SAD (1920) vice-president, said they would soon consult legal experts and they would not hesitate in moving the Supreme Court over the issue. 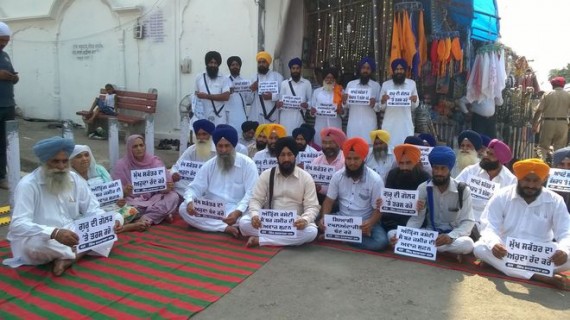 The secrecy and speed with which SGPC is pursuing the appointment of the “Chief Secretary”, a non-existent post in SGPC Act, is matter of grave concern, said Ashok Singh Bagrian.

Members of Sikh Sadbhavna Dal had staged protest against appointment of Chief secretary on August 25 when the SGPC executive held a meeting at Anandpur Sahib and made announcement regarding appointment of Harcharan Singh.

Notably, the SGPC chief secretary’s appointment has been mired in controversy since June when an advertisement inviting applications for the post was published in the media. Though the SGPC conducted interviews on August 20, a section of the media, immediately after the release of the advertisement, claimed that Harcharan Singh was the most probable candidate.