Sangrur: A team of Shiromani Gurdwara Prabhandak Committee (SGPC) visited Mastuana (near Sangrur) to inspect a building that was being constructed as ‘duplicate’ of Darbar Sahib, Amritsar. 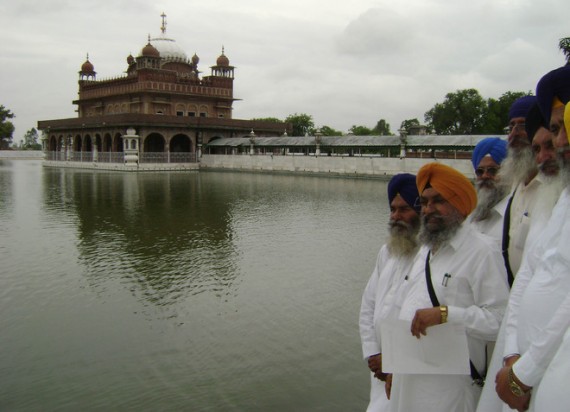 SGPC executive member Karnail Singh Panjoli and others at Mastuana

Karnail Singh Panjoli told Sikh Siyasat News the SGPC would send an architect and an engineer to Mastuana Sahib in two-three days. They would prepare a report on changes to be made the structure of concerned Gurdwara Sahib.

It may be recalled that the five-member probe team was formed on June 30 after United Akali Dal leader Parshotam Singh Phaguwala climbed atop a water tank in Bhawanigarh on June 28, seeking the implementation of an edict (issued by Sri Akal Takht Sahib on June 20, 2009) in letter and spirit, with regard to making changes in the concerned Gurdwara structure.