Amritsar: The Shiromani Gurdwara Parbandhak Committee (SGPC) has announced to launch a special move to conserve all heritage buildings, including Gurdwaras, that are managed by it.

In a press release published on SGPC’s official website, it is said that the SGPC had surveyed some of the historical structures and found that many needed to be repaired.

“Efforts will be made to conserve the originality of these structures while carrying out the repair work”, reads the press release. 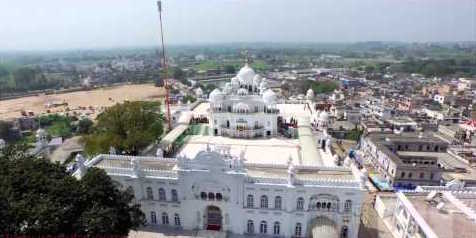 “The SGPC will seek the opinion of conservationists and heritage experts for upkeep and maintenance of heritage structures, including historical gurdwaras. We want to maintain the originality of the structures while undertaking repair,” SGPC secretary Daljit Singh Bedi said in the press release.

Besides Darbar Sahib (Amritsar) and Takht Kesgarh Sahib the repair and conservation work will be taken up at Gurdwara Novin Patshahi Baba Bakala, Gurdwara Baba Atal Rai, Gurdwara Kandh Sahib (Batala). He said that the structures of these Gurdwara Sahibs will be checked by specialist companies before beginning of conservation work.