Amritsar, Punjab: Dal Khalsa and its youth wing ‘Sikh Youth of Punjab’ has advised the Khalsa College Governing Council to set-up the proposed Khalsa University in Jalandhar rather than within the premises of prestigious and historic Khalsa College in Amritsar. The organization is of the view that if the management does so, all opposition and fears would be put to rest.

Party spokesperson Kanwar Pal Singh said the management should not overlook certain aspects that has generated controversy and raised eye-brows. “Even as, Khalsa University is need of the hour, it should be above controversies and suspicion, in case the management desires to provide best quality education to younger generation “. 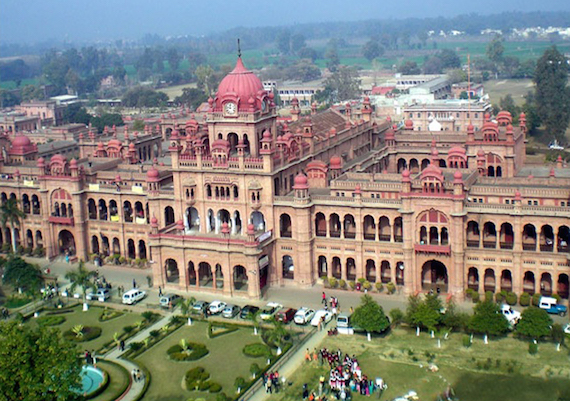 He said the management must keep in mind that the new venture should not be sub-structure of the existing historic college. He further observed that setting-up of Khalsa University within the College premises next door to GNDU has been perceived and propagated as its “rival” institution, which had not gone down well within the community.

He said there’s a trust deficit between general masses and the management controlled by Majithia’s. A large section of people of this area in particular and Punjab in general don’t trust Badals and Majithia clan, said Kanwar Pal Singh. In case, the management shifts the venue from Amritsar to Jalandhar, the apprehensions (fake or true) of the people that Badals through Majithia’s wants to grab the historic land of the Khalsa College would be allayed, he pointed out.

He said as per his knowledge the Khalsa College governing council has around 100 acres of land in Jalandhar, which fulfils the requirement to set-up professional University.

He reminded how the attempt by the same management of historic College in 2010 to change its name and status and convert into private University was resisted vociferously by one and all. He said as good sense prevailed, the management in its fresh attempt has shelved its idea to tamper with its identity and status. However, the intentions of the management to build university within the college premises were still under people’s scanner.