Ludhiana: The Ludhiana police reportedly arrested Amit Arora, a youth leader of Hindutva body Shiv Sena, for staging an attack on himself. The police maintained that Amit Arora was not attacked by anyone four months ago, as was earlier claimed by the Shiv Sena leader, rather he was got himself injured fake the attack. The police have also arrested an associate of Amit Arora, who had helped him to fake the attack. 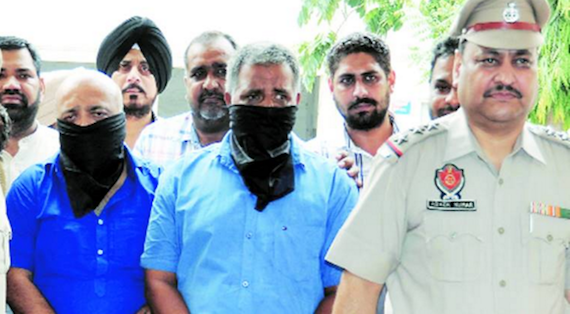 However, the police maintains, that the forensic evidence shows that the wound was inflicted by ‘sariya’ (iron rod) and he was not hit by a bullet. The police also clams to have found no motorcycle had come to the spot as claimed by Amit Arora.

According to the police Amit Arora had faked attack to get escort vehicles and high security cover like senior politicians and to gain sympathy of the Hindu community.

Amit Arora is second leader of Shiv Sena who is arrested for faking attack on himself. Earlier a Shiv Sena leader from Jalandhar was also arrested on similar charges (read more).