Shoe Hurled at Rahul Gandhi during UP Yatra; Man Detained by Police

Sitapur, UP: A shoe was reportedly hurled at Congress party leader Rahul Gandhi during his “UP Yatra”. The incident reportedly took place at Sitapur in Uttar Pradesh where Rahul Gandhi was conducting a road show. 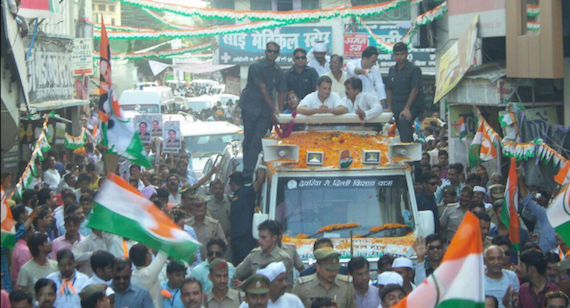 The person who threw shoe at Rahul Gandhi was reportedly arrested by the police soon after the incident. The time of writing this report the reasons behind the incident were not known and more details were awaited.